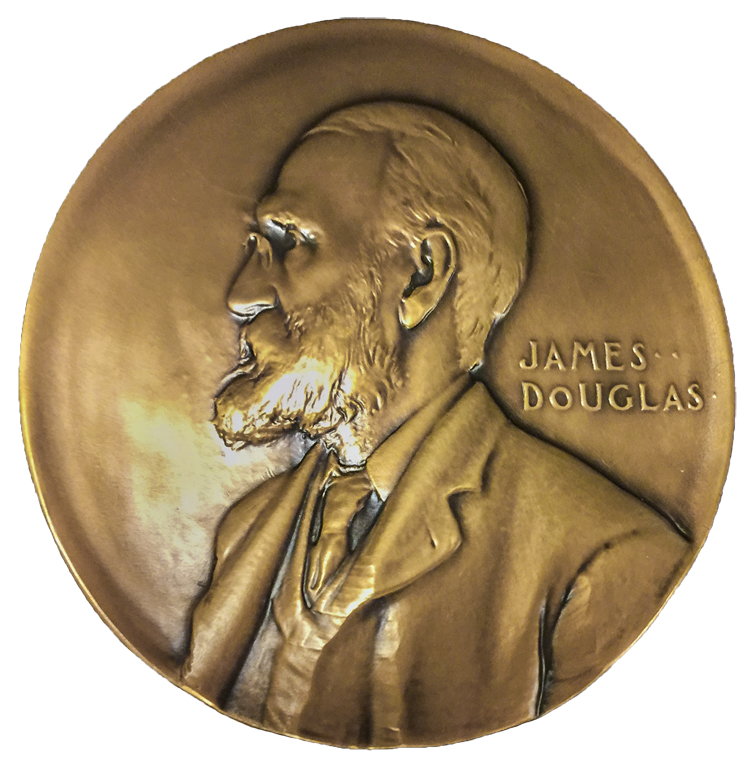 The James Douglas Gold Medal was established in 1922. The award recognizes distinguished achievement in nonferrous metallurgy, including both the beneficiation of ores and the alloying and utilization of nonferrous metals. Dr. James Douglas, founder of Phelps Dodge Corporation and twice President of AIME, was also an AIME Honorary Member. He was an industrialist, a mining engineer, a metallurgical engineer, and a noted inventor of metallurgical equipment.