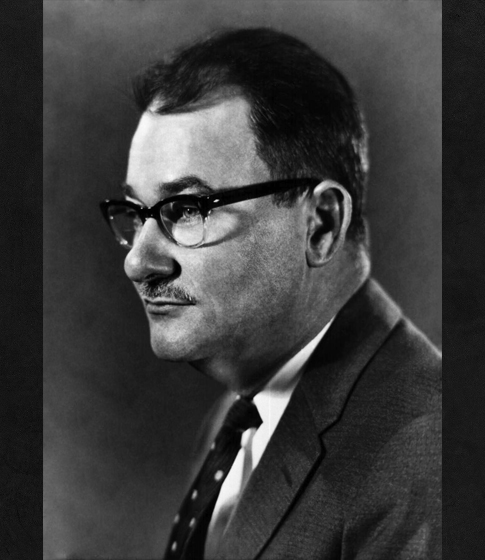 "For his distinguished contributions to the metallurgy of electronic materials and his pioneering work in the development of transistor technology."

Jack Hall Scaff is Director of the Materials Research Laboratory at Bell Laboratories, Murray Hill, New Jersey. He joined Bell Laboratories immediately after receiving his B.S.E. degree in Chemical Engineering from the University of Michigan in 1929. He was appointed a Department Head in 1954 and was promoted to Director in 1960.

Mr. Scaff's work has been primarily in the research and development of materials for communication. He was a leader in the field of semiconductor metallurgy and was awarded several patents in this area. During World War II, he supervised a group which developed silicon first detectors for microwave radar receivers, a development that was of great importance for the war effort. His group was later responsible for the development of the germanium diodes that later became commercially important in the production of semiconductor devices. He has also contributed significantly to the Bell Laboratories program leading to the invention of the transistor and is coauthor of the book Transistor Technology.

Mr. Scaff is a Fellow of both The Metallurgical Society of AIME and the American Society for Metals. He served as President of TMS-AIME in 1964 and Vice President and Member of the Executive Committee of AIME in 1966. He was cited for service to the Materials Advisory Board, Division of Engineering and Industrial Research of the National Academy of Sciences in 1966.