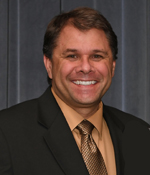 For his knowledge and contributions to the field of electrometallurgy.

Dr. Michael S. Moats is an associate professor of Metallurgical Engineering at the Missouri University of Science and Technology. He has dedicated his 20+ year career to extractive metallurgy with specific emphasis on non-ferrous electrometallurgy and hydrometallurgy. Starting with his first summer job at Big River Zinc and continuing to his current roles as professor, AMIRA project leader, Copper Refinery Group facilitator, and SME/TMS member, he has focused his efforts on the improvement of industrial process through training and research. Dr. Moats earned his B.S. and M.S. from the University of Missouri-Rolla in 1992 and 1995, respectively. As an undergraduate, he was awarded the A.P. Green Medal as UMR’s outstanding graduating senior and the SME-MPD national scholarship (now called the Klimpel Scholarship). He was advised by the late Thomas J. O’Keefe and performed research on sticking of a zinc deposit to aluminum, removal of zinc stickers and reduction of ferric ion in an organic phase with solid metal reductant. The last project led to his master thesis and was commercially demonstrated by Teck in their HydroZinc process.

In 1999, Mike earned his PhD at the University of Arizona under the supervision of J. Brent Hiskey. His project on anode passivation in copper electrorefining was funded by 12 companies from three continents. He examined the relationship between anode passivation and electrolyte compositions and developed a model to explain the root causes of the phenomenon. He has published numerous papers on the subject and provided guidance on passivation to several refineries including the design for a new refinery currently under review.

Dr. Moats has worked industrially in support of the non-ferrous extractive metallurgy companies. Between his B.S. and M.S degrees, he was the quality-control metallurgist at ARMCO Kansas City for 19 months, responsible for 300,000 tons per annum of forged steel balls and rods grinding media which were used extensively by North American mining companies. During his brief tenure at ARMCO (now Moly-Cop), he developed the sub-critical temper used to improve the toughness of forged steel media and a method to reduce alloying costs by targeting Grossman instead of specific alloying composition. These developments led to lower costs and improved product properties for non-ferrous mining companies.

After receiving his PhD, Mike worked for six years for ELTECH Systems Corporation (now De Nora Tech). At ELTECH, Dr. Moats was involved in the development of coated titanium anodes for copper electrowinning, electrogalvanizing, chrome plating, circuit board plating, hypochlorite production and other electrochemical processes. From his employment, he holds five patents related to anode coatings, anode protection and chlorine production. His developments in coated titanium anodes have assisted in the adoption of this technology at three copper electrowinning tankhouses.

For the past 11 years, Dr. Moats has been a professor of metallurgical engineering at the University of Utah and Missouri University of Science and Technology. During his academic tenure, he has focused on teaching inside and outside of the classroom. He has taught numerous undergraduate students in extractive metallurgy, in thermodynamics and flowsheet design and in economics. He has advised 2 PhD and 10 MS students in the completion of their degrees. For his teaching efforts, students have awarded him with four teaching awards (two at each university). Off campus, Mike has provided numerous industrial workshops (seven countries, four continents) and short courses at international non-ferrous conferences (e.g. Copper 2013, Ni-Co 2013, Hydrometallurgy 2014) where he has provided practical training to hundreds of practicing engineers and plant personnel.

Michael continued his focus on non-ferrous education by publishing two books, two book chapters, 28 journal papers and 29 conference proceedings since 2010. He has also edited three conference proceedings. In total, he has 41 peer reviewed journal articles and 48 conference proceedings. His most cited source is the book Extractive Metallurgy of Nickel, Cobalt and Platinum Group Metals. According to Google Scholar, his works have been cited 635 times and he has an h-index of 15.

Professor Moats has been a very active researcher in non-ferrous extractive metallurgy. He has secured $2.6 million in industrial sponsored research including being the only North American to be a project leader on an AMIRA project, which he has done twice – P986 (Crushed Ore Agglomeration) and P705C (Improving Base Metal Electrowinning). Research areas have included electrowinning (copper, zinc, nickel and gold), copper electrorefining, gold leaching, gold solvent extraction, crushed ore agglomeration and coated titanium anodes. The most significant commercial developments that have occurred as a result of the his research are: 1) a predictive formula for bismuth in electrorefined cathode, which is used by a large smelter to control anode chemistry; and 2) an empirical model for ferric reduction in copper electrowinning, which is used by one of the largest copper companies to benchmark their operations.

Dr. Moats has also been very active serving the non-ferrous metallurgy industry through professional societies and leading the Copper Refinery Group. Mike is an active member of SME and TMS. He serves on the executive committee of the SME –Mineral and Metallurgical Processing Division, where he is presently the Vice Chair. He was/is also the TMS representative to the International Copper Meeting for 2013 and 2016. For TMS and SME, he has helped co-organize Electrometallurgy 2012 and 2016, Ni-Co 2014, and Hydrometallurgy 2014. He also played a role in establishing and now in administering the SME Career Grant and PhD Fellowship programs. Finally, Dr. Moats has been serving as the unpaid facilitator for the Copper Refinery Group for the past nine years. The Copper Refinery Group is a consortium of eight copper refineries in North and South America which meets semi-annually for technical exchange meetings and plant tours.