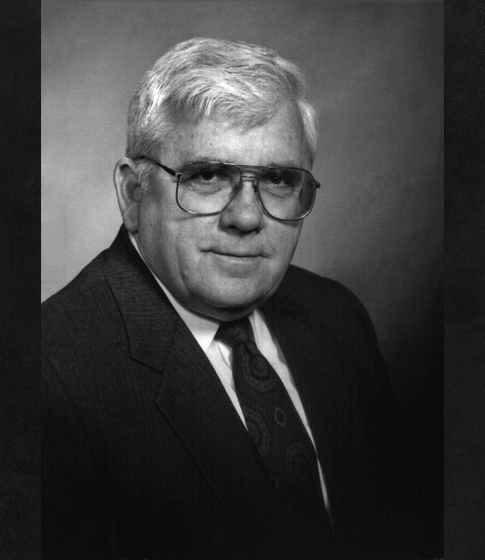 "For his vision and perseverance in the technical development and now widespread application of the low-cost solvent extraction electrowinning process for the hydrometallurgical recovery of copper."

Joe E. House. retired Vice President of Henkel KGaG, currently is active as an independent consultant, working with companies involved with extraction technologies. He received his A.B. and B.S in 1947 from Southwest Missouri State University; he earned an M.S. in Chemistry in 1950 from the University of Oklahoma and an M.B.A. in 1953 from Washington University. From 1947 to 1956 Mr. House taught chemistry on secondary and university levels. He joined General Mills Chemicals in 1956, which was purchased by Henkel in 1977, where he worked primarily 1n the area of copper extraction until his retirment in 1986.

Mr. House has written, published and presented numerous technical. marketing and financial papers He received the SME Gaudin Award in 1981 , was recipient of an award from the International Solvent Extraction Conference for his contribution to extractive metallurgy, and was honored by the World Materials Congress 1n 1988. He was named a Distinguished Member of SME in 1982.