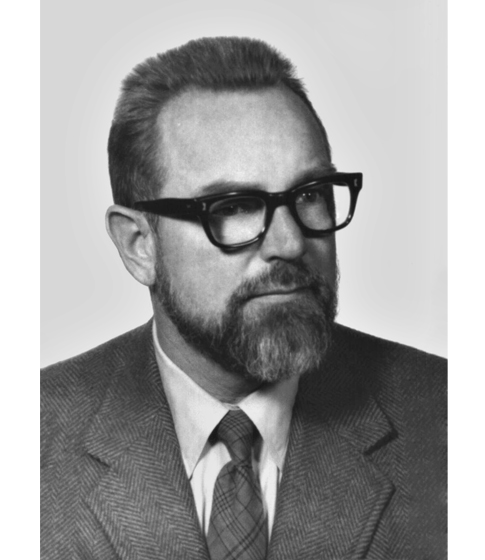 "For the breadth and quality of his contributions - as research scientist and educator - to the scientific understanding of metal extraction procedures, exemplified in chlorine metallurgy."

Herbert Humphrey Kellogg is the Stanley-Thompson Professor of Chemical Metallurgy at Columbia University.

Professor Kellogg received his Bachelor of Science degree in 1941 and his Master of Science degree in 1942 from Columbia University. While at Columbia he was a W AAIME scholar and the recipient of the Illig Medal and Peele Prize for academic excellence. In 1942 he joined the staff of the Pennsylvania State University as an instructor in mineral preparation. At Penn State he reorganized instruction in mineral dressing and was made an assistant professor and Chief of the Division of Mineral Preparation in 1944. He joined Columbia University in 1946 as assistant professor of extractive metallurgy. He was promoted to associate professor in 1951 and to professor in 1956. He was appointed to the Stanley-Thompson chair in 1968.