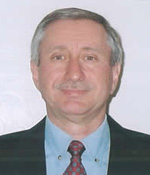 For significant achievements in the application of innovative, ground-breaking mineralogical techniques to revolutionize material characterization for the extraction of copper, gold, and other metals.

Dr. Baum received a Diploma in Mineralogy from Justus Liebig University/Giessen in Germany, a MS in Geology from Stephen F. Austin State University in Texas and a Dr. rer. nat in Process Mineralogy from Philipps University/Marburg in Germany. He has worked 33 years in the mining industry focusing on Process Mineralogy related to Exploration, Mine Geology, Metallurgy and Environmental Technology. His career includes assignments with Hazen Research, Texasgulf, St.Joe Minerals Corporation, and Pittsburgh Mineral & Environmental Technology, Inc. He has been a guest lecturer for ore microscopy and process mineralogy at the Colorado School of Mines and is an advisory board member of the Advanced Mineralogy Research Center at Mines. He was involved with the development and optimization of several South American mining operations including El Indio, El Abra, Radomiro Tomic, and Damiana. In the early 1990s, he established the first commercial test operation for HPGR comminution in North America and advanced the application of HPGR 12 years ahead of the worl's first permanent large-scale installation in a copper mine in 2007. Baum has authored 60 publications and holds two patents. Since 1999, he has worked for Phelps Dodge Mining Company which, after the merger in 2007, became part of Freeport-McMoRan Copper & Gold. Currently, he is Director - Material Characterization at Freepor's Process Technology Center in Safford/Arizona. At Freeport-McMoRan Copper & Gold, he has spearheaded the large-scale use of QEMSCAN automated mineral analyzers, ore profiling with XRD and Near Infrared systems and the implementation of robotics technology for mineralogical and chemical labs and on-line production analysis.