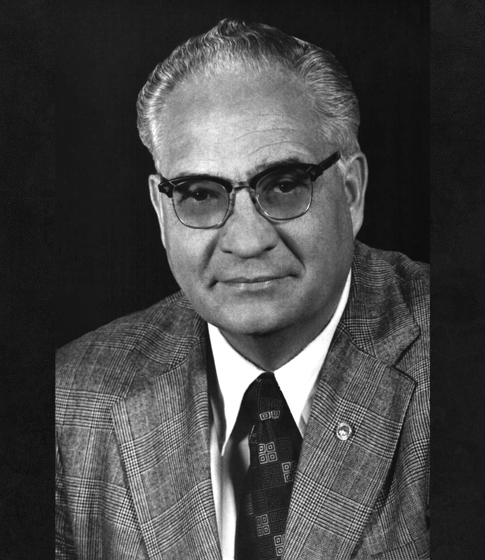 For his contributions to extractive metallurgy of silver, gold, and rare earth metals, and leadership in advancing materials and minerals technology in the national interest.

Dr. Thomas A. Henrie, Chief Scientist, U.S. Bureau of Mines, has been named the 1984 recipient of the James Douglas Gold Medal

Dr. Henrie holds a B.S. degree in Chemistry from Brigham Young University and a Ph.D. degree in Metallurgy from the University of Utah. In 1958 Dr. Henrie joined the staff of the Bureau of Mines and has distinguished himself as a recognized authority on silver, gold and titanium processing, rare earth metal extraction and refining and on electrolytic technology. Among Dr. Henrie's responsibilities as the Bureau's Chief Scientist are developing avenues of mineral research, defining the Bureau's role within the context of the Nation's materials policy and responding to national problems as they arise. He has received many honors conferred by the Department of Interior.

An active member of AIME, Dr. Henrie has been President of The Metallurgical Society of AIME, Vice President of AIME and is a Fellow of TMS.