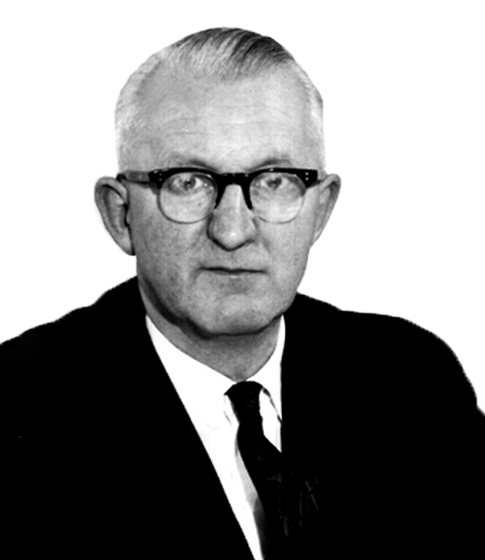 "For the development and successful application of an ingenious blast furnace process permitting profitable, simultaneous smelting and recovery of lead and zinc in complex ores."

S.W.K. Morgan is managing director of Imperial Smelting Processes, a British producer of zinc blast furnaces. He spent most of his 40-year career in research work which has resulted in the development and successful employment of a unique zinc blast furnace.

Mr. Morgan obtained his bachelor of science degree from the Royal School of Mines, London, in 1929. Upon graduating, he joined the National Smelting Company at Avonmouth. In 1936 he was named to head the Company's Research Department.

Mr. Morgan was promoted to the position of research director of Imperial Smelting Corporation in 1957. (National Smelting Company merged with Imperial.) A short time later, the 1969 Douglas medalist was named technical director and finally managing director of Imperial Smelting Processes. In 1957, Mr. Morgan won the Mining World Technical Achievement of the Year Plaque. The Gesellschaft Deutscher Metallhutten und Bergleute presented him with the Georg Agricola Medal in 1962. He was joint recipient of the 1965 Gold Medal of the Institution of Mining and Metallurgy.

In 1968 he was made a Fellow of Imperial College and awarded the Order of the British Empire.