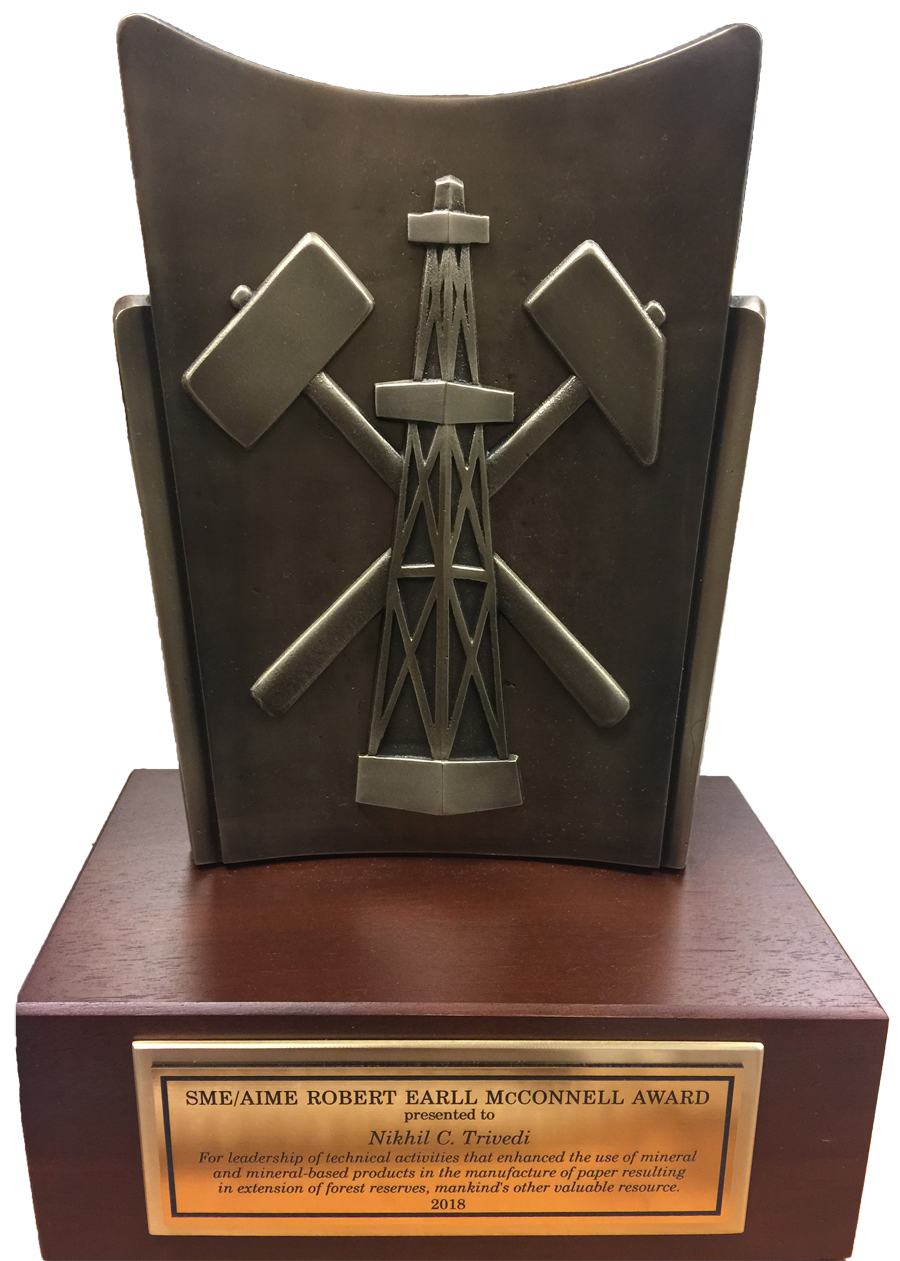 The Robert Earll McConnell Award was established in 1968 to recognize beneficial service to humankind by engineers through significant contributions that tend to advance a nation's standard of living or replenish its natural resources. Robert Earll McConnell was a prominent mining engineer, an industrialist, a financier, a philanthropist, and a member of The American Institute of Mining, Metallurgical, and Petroleum Engineers (AIME) for 55 years. He was a strong advocate for the valuable role of engineering and science in enriching society through discovery and development of natural resources like petroleum.