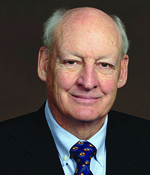 David George has 45 years of experience in the metallurgical and process industry and has held senior positions in operations, major capital projects and technology. He has worked in a range of commodities that include copper, gold, silver, molybdenum, rhenium, titanium, lead and rare metals, as well as sulfuric acid technology for industrial chemicals.

George is the inventor and developer of the Kennecott-Outotec flash converting process, which has become the best available copper smelting technology and is being widely adopted in China. He was smelter general manager at Kennecott in the late 1980s and then transitioned to technical director of the $880 million Kennecott smelter and refinery modernization project where flash converting was first used. He is currently general manager processing for the Americas and Africa. He was recently inducted into the International Mining Technology Hall of Fame as the Outstanding Innovator in 2013 for his developments in copper smelting.