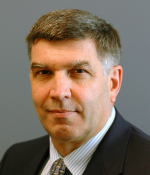 For his pioneering contributions to hydraulic fracture characterization and design as co-inventor and principal developer for microseismic monitoring, which demonstrated the environmental safety of hydraulic fracturing, and optimized and enabled economic recovery of vast shale gas resources, replenishing the accessible natural resources in Canada and the United States.

Norm Warpinski is the Director of Technology for Pinnacle – A Halliburton Service in Houston, Texas, where he is in charge of developing new tools and analyses for hydraulic fracture mapping, reservoir monitoring, hydraulic fracture design and analysis, and integrated solutions for reservoir development.  He joined Pinnacle in 2005 after previously working at Sandia National Laboratories from 1977 to 2005 on various projects in oil and gas, geothermal, carbon sequestration, waste repositories, and other geomechanics issues.  Norm has extensive experience in various types of hydraulic fracture mapping and modeling and has been involved in large scale field experiments from both the hardware and software sides.  He has also worked on formation evaluation, geomechanics, natural fractures, in situ stresses, rock behavior and rock testing.  He received his MS and PhD in Mechanical Engineering from the University of Illinois, Champaign/Urbana in 1973 and 1977, respectively, after receiving a BS in Mechanical Engineering from Illinois Institute of Technology in 1971.