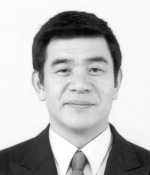 For significant contributions in leading a research effort on the successful commercial recycling of collected plastics in coke ovens without degrading the quality of coke.

Kenji Kato is a chief researcher of Nippon Steel Corporation. He graduated from Chiba University in 1981. Mr. Kato joined Nippon Steel Corporation in 1981 . From 1981 to 1987, he worked as an engineer in the coke-making technical section at Kamaishi Works. From 1987 to 1993, he was engaged, as a chemical scientist in the pilot-plant-scale research of the NEDOL coal liquefaction project at Kimitsu Works. Since 1993, Mr. Kato has been working as a chemical scientist in the coke-making research laboratory and is engaged in the development of advanced formed coke process and the new coke-making process (SCOPE21) as well as the waste plastics recycling process using coke ovens. He has made significant contributions in leading research in development of successful commercial recycling of collected waste plastics in coke ovens without degrading the quality of the coke.

Mr. Kato has authored and co-authored 75 journal and proceedings articles in the area of coal, coke-making and waste plastics recycling processes.