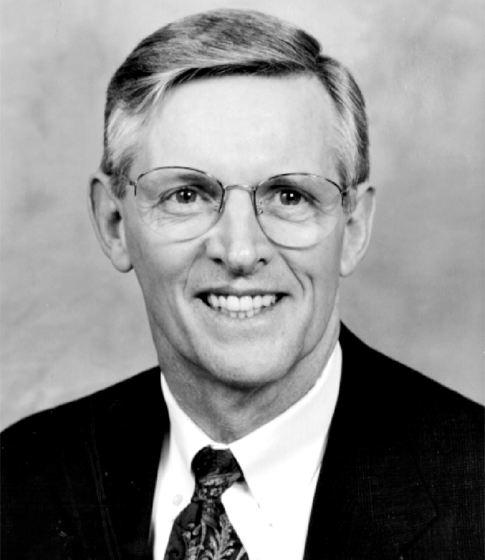 "For achieving practical, innovative solutions to environmental, safety, and health issues in the oil industry, leading to improve standards of living worldwide."

R. Lyn Arscott has recently accepted a position as chief executive of the E&P Forum in London. Most recently Dr. Arscott was senior executive consultant for exploration and production for Chevron Corp. in San Francisco. CA. He received BS and PhD degrees in mining engineering from the University of Nottingham and was a British Commonwealth Scholar in exploration geophysics at the India Institute of Technology.

Dr. Arscott has held numerous professional and managerial positions with Chevron and its predecessor. Gulf Oil Co., beginning as a research engineer in 1968. He has worked in Pennsylvania, Texas, Louisiana, and California. Prior to his current position, he served as ·general manager and group manager of health, safety, and environment for Chevron.

Dr. Arscott has long been active in SPE. He has served as chairman of the Continuing Education, Forum Series. Nominating, and Environment, Health, and Safety committees. He has also been Treasurer of SPE and served as the Society's President in 1988. In 1988, Dr. Arscott became an SPE Distinguished Member and in 1991 he received the SPE Distinguished Achievement Award in Environment and Safety.

Dr. Arscott was the 1996 recipient of the SPE Distinguished Service Award.