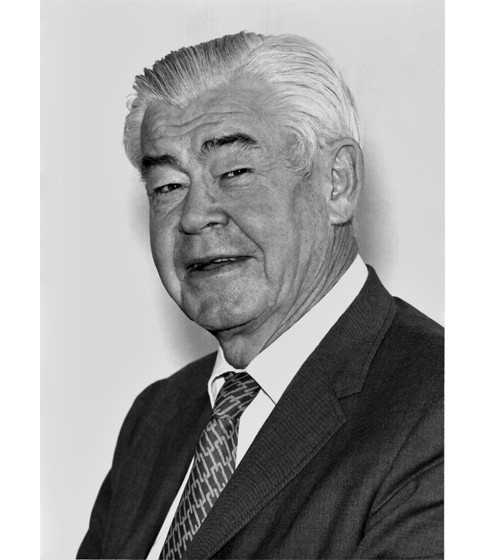 "In recognition of his significant discoveries of new sources of mineral supply during his exploration of the ocean basins of the world, and of his scientific contributions in the technological development and use of ocean and ocean-floor probing instruments, which will materially enhance the standard of Living of mankind."

Maurice Ewing is currently Cecil H. and Ida Green Professor of Marine Science in the University of Texas at Galveston.

Born in Lockney, Texas, Dr. Ewing received his Bachelor of Arts degree from Rice Institute (now Rice University) in 1926. He continued his studies in physics at Rice, earning his Master of Arts degree in 1927 and his Ph.D. degree in 1931. He taught successively at the University of Pittsburgh, Lehigh University and Columbia University. During World War II he conducted research in underwater sound at the U.S. Navy's Wood's Hole Oceanographic Institute. Dr. Ewing served on the Columbia faculty from 1944 to 1972, and was the first Director of Columbia's Lamont-Doherty Geological Observatory, a post he held until July of 1972. While at Columbia he organized and participated in numerous oceanographic expeditions, and has contributed to the invention and development of many oceanographic techniques which are now widely used. Dr. Ewing has also been active in earthquake seismology.

Dr. Ewing has been President of the American Geophysical Union and the Seismological Society of America.