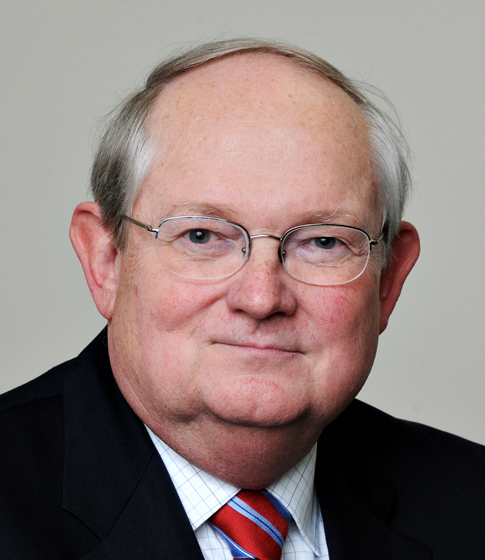 For chairing the Joint Industry Task Force on Subsea Well Control & Containment set up to advise the US Government on immediate and long term changes in regulations; and for leading the establishment of the Marine Well Containment Company after the Macondo blowout, restoring the industry’s ability to operate in deep water in the Gulf of Mexico

Charlie Williams is the Executive Director of the Center for Offshore Safety. He assumed this position following his retirement from Shell, where over his 40 years of service had achieved the position of Global Chief Scientist. He began work with Shell as a Production Engineer but ultimately served 14 years in VP positions including VP of Global R&D. Williams is a 1971 honors graduate of the University of Tennessee USA with a BS degree in Mechanical Engineering and is a Registered Professional Engineer by exam. He is an honor graduate of the US Army NCO Academy. Williams joined SPE in 1973 and has been Chairman of the Artificial Lift Forum, served on the Engineering Professionalism Committee and Oil & Gas Reserves Committee. Additionally he has been part of SPE Special Projects including Human Factors and Worst Case Discharge and is currently part of the Safety Data Reporting Project SPE is doing with BSEE. Williams is recipient of Society of Petroleum Engineers Health, Safety, Sustainability, and Environmental Award. Williams’ technical focus and achievements have been on high pressure, high temperature, sour, and deepwater well drilling and completion challenges. He was a key part of enabling Shell’s high rate and high ultimate deepwater completions. Post Horizon he has been focused on industry response and preparedness and has testified and presented to the Presidential Commission, CSB, Marine Board, Center for Strategic and International Studies, and many other organizations in this regard. His leadership led to the establishment of the Marine Well Containment Company and the Center for Offshore Safety (COS). He received the Offshore Technology Conference Special Citation and the SPE HSSE Award for his work on COS. Williams is also a member of several other Boards and committees, including the Harte Research Institute Board, Department of Interior Offshore Energy Safety Committee, International Oil & Gas Producers Safety Committee, National Academy of Science Marine Board, and the Offshore Energy Safety Institute Advisory Board. His last project while at Shell - MARS TLP reconstruction - was awarded the NOIA "Safety in the Seas Award", UK Energy Institute Award for Technology, and Offshore Engineering Project of the Year. He has also received the U.S. Department of Interior Corporate Citizenship Award, and the Offshore Energy Center Pioneer Award for lifetime achievement.