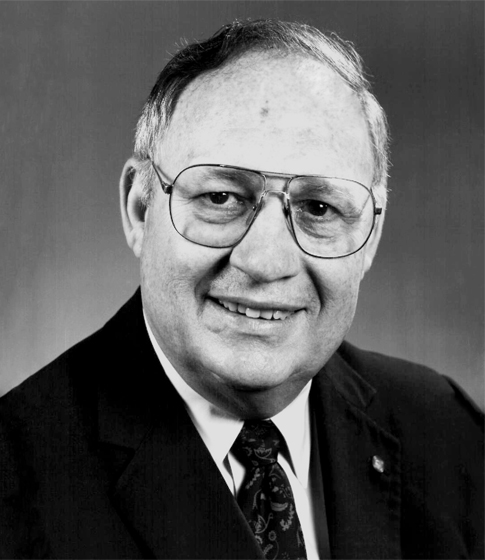 "For his leadership in mineral exploration and development and its championship of economically and environmentally sustainable mineral policies for the nation."

T S Ary was sworn in as the 18th Director of the U.S. Bureau of Mines on March 31 , 1988. Prior to joining the Bureau he was President of Kerr-McGee Corporation's Minerals Exploration Division for more than 7 years. Before his work at Kerr-McGee, Mr. Ary was Vice President of Exploration and Director of Development for Utah International Inc. from 1975-80. Until 1975 he worked for Union Carbide Corporation, having joined the company in 1953 as a mining engineer and superintendent of a vanadium mine. In 1967 Mr. Ary was named Vice President of Union Garb de Exploration Corporation. He began his career in 1951 with the Anaconda Mining Company where he served as a shift boss and assistant superintendent of several mines.

Mr. Ary served for 4 years on the National Strategic Materials and Minerals Program Advisory Committee to the Secretary of the Interior. He also served on the U.S Senate Task Force to the United Nations Law of the Sea Convention. He has chaired the Minerals Availability Committee of the American Mining Congress, the Natural Resources Committee of the National Assocation of Manufacturers and the Colorado Plateau Section of SME. He was awarded the President's Citation by SME in 1992.