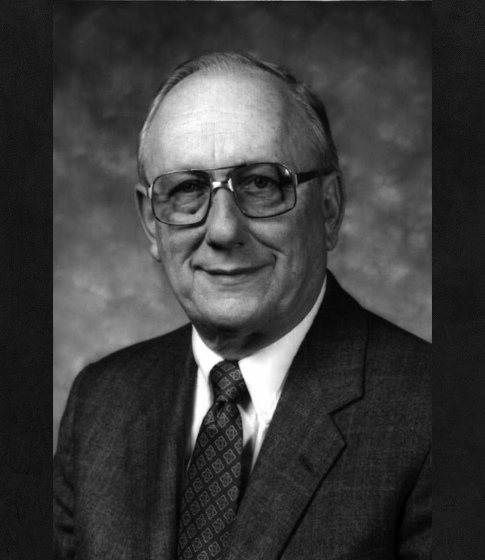 For his key responsibility for the introduction to the waste treatment industry of the heavy medium cyclone process which provides an energy efficient means of recycling aluminum, one of our most important natural resources.

After serving in the U.S. Navy during World War II, where he was on the staffs of Admiral Moon and Admiral Kiland at the time of the invasions of Normandy, the Philippines, and Okinawa, Mr. Miller joined Roberts & Schaefer Company in its Huntington, West Virginia, office as Sales Engineer. He was elected a Vice President of the company in 1960, and President in 1963. In 1969, when T.S.T. Industries Inc., the parent company of Roberts & Schaefer merged with Elgin National Watch Company, Mr. Miller was elected a Vice President and Director of the new company. Elgin National Industries. Inc.

Mr. Miller is chiefly responsible for introduction on a wide commercial scale of Heavy Medium Cycloning of coal and ore in the United States. He has been engaged in coal preparation technology and design and erection of coal preparation and ore plants for over 35 years.