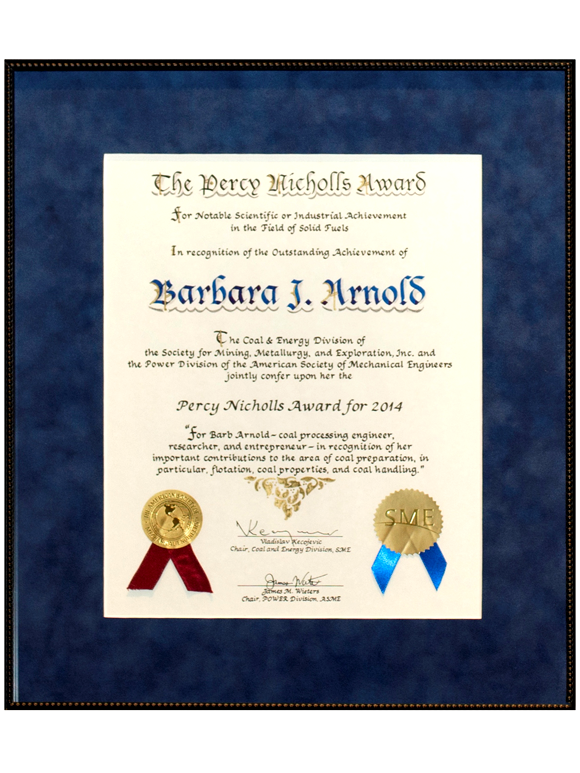 The Percy W. Nicholls Award, established in 1942, funded by AIME and ASME in alternating years, is given for notable scientific or industrial achievement in the field of solid fuels. Percy Nichols graduated from Leeds University, England, and later was awarded National and Whitworth scholarships in engineering.  His earlier association was in mechanical and electrical work with the Westinghouse, Western Electric, and General Electric companies, followed by positions as engineer of works for manufacturing concerns.  He became interested in heat-transmission research and heat insulations and is the author of a number of papers on these subjects.  In 1925 he joined the Bureau of Mines and presented papers on fuel utilization and allied subjects. This award is administered by AIME Member Society, SME. For details, visit the SME Percy Nicholls Award page.