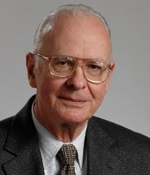 Douglas W. Fuerstenau is P. Malozemoff Professor Emeritus of Mineral Engineering in the Dept. of Materials Science and Engineering, University of California, Berkeley. His career of nearly seven decades started at the South Dakota School of Mines and Technology, where he received his B.S. in Metallurgical Engineering in 1949, followed by an M.S. from the Montana School of Mines in 1950, and his Sc.D. degree under Professor A. M. Gaudin at M.I.T. in 1953. His professional career began as an assistant professor in the Dept. of Metallurgy at M.I.T., followed by industrial experience as section leader in the Metals Research Laboratory of Union Carbide and manager of mineral engineering for Kaiser Aluminum and Chemical Company. In 1959, Dr. Fuerstenau joined the faculty of the University of California, to teach courses and conduct research on mineral processing and the surface properties of materials. During the course of his career, he supervised the research of 60 graduate students for their Ph.D. degrees and 65 for their M.S. degrees in the broad field of processing minerals and particulate materials. Through his inspiration, numerous students have achieved notable distinction in careers in academia, industry and government worldwide.

Elected to the National Academy of Engineering in 1976, Dr. Fuerstenau is widely recognized for his seminal contributions to mineral processing and extractive metallurgy, and his research results are widely used and referenced extensively. He has served in numerous advisory and leadership roles in technical organizations and societies, advisory boards to universities, international editorial boards, Government committees regarding mineral resources, and has contributed widely at the international level to resource programs. For 22 years he was a director of Homestake Mining Company.

An Honorary AIME Member, Dr. Fuerstenau has received numerous awards from AIME and its constituent societies, starting the with the Hardy Gold Medal. His extensive international recognition includes such awards as the Senior American Scientist Award from the Alexander von Humboldt Society in Germany and the Lifetime Achievement Award from the International Mineral Processing Congresses, honorary doctorates from Belgium and Sweden, and election to foreign engineering academies in Australia, India, and Russia.