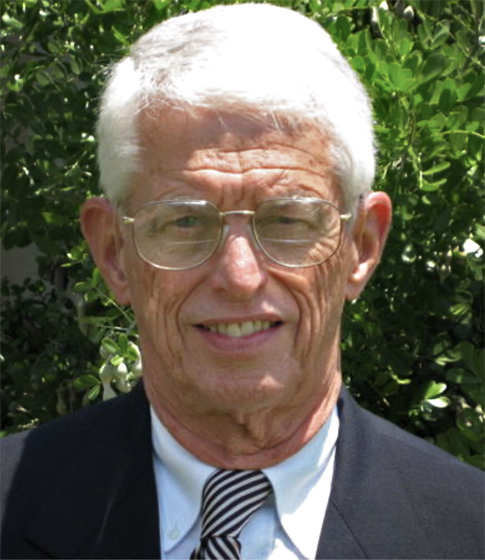 Jim received a B.S. degree (with honors) in petroleum engineering from the University of Tulsa in 1957. He joined Shell upon graduation before entering the U.S. Air Force to fulfill his ROTC obligation. Upon his return to Shell from military service, Jim held petrophysical engineering positions (both technical and supervisory) of increasing responsibility in Shell’s operations and research organizations, culminating in an assignment as chief petrophysical engineer in corporate headquarters. He was then named manager of petroleum engineering research at Shell Development Company. Jim subsequently had successive assignments as manager of technical training and manager of leadership/management training for Shell E&P staff, prior to retiring from Shell in May 1995. He later returned to the industry, working with Quicksilver Resources, Inc. as an occasional consultant in formation evaluation for almost a decade.

Jim joined the Society of Petroleum Engineers (SPE) while still in college. Throughout his career, he held over 40 Society-wide positions on both technical and administrative committees. In the 1970s he was named chair of the Gulf Coast Section (the Society's largest). Jim then served on the SPE Board of Directors for seven years, first representing the Gulf Coast Region and then rotating through the officer positions, concluding as SPE president. He became a life trustee of the SPE Foundation, also capping this service as president. He was an AIME trustee for three separate terms, finishing this work as AIME president. Jim’s work on strategic planning for AIME helped ensure its financial stability and organizational survival into the 21st century. He concluded his contributions to the engineering profession as a trustee of the United Engineering Foundation. He served on industry advisory committees for the petroleum engineering departments at both the University of Tulsa and Colorado School of Mines.

Jim holds two patents, wrote several published articles in the petroleum engineering technology field, and is co-author of Well Logging I and Well Logging II, parts of the SPE monograph series. He received SPE’s Distinguished Service Award, DeGolyer Distinguished Service Medal, AIME/SPE Honorary Membership, and is a member of the University of Tulsa College of Engineering Hall of Fame. Jim is listed in Who's Who in America and Who's Who in Science and Engineering.