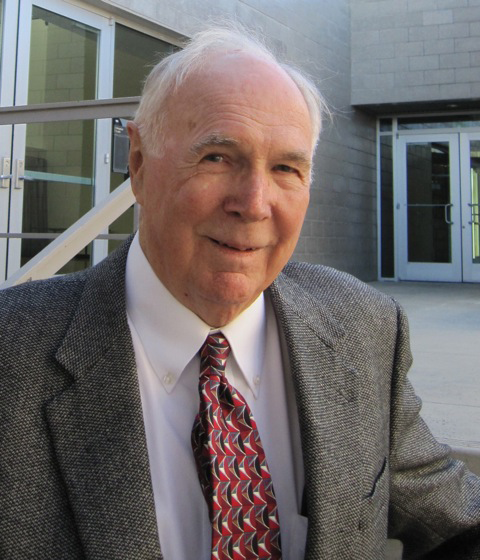 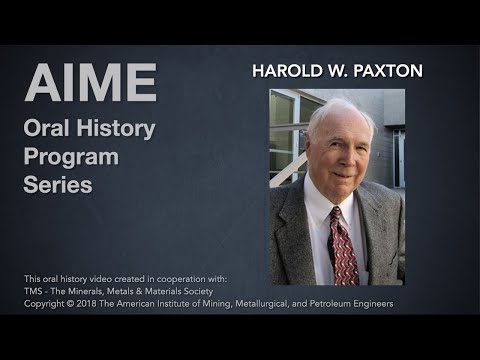 President of AIME in 1982, a fellow of the American Association of the Advancement of Science, ASM International, TMS, and AIST, Harry Paxton, has had a fruitful life and career working in academia, government, and industry. Paxton grew up on a farm in Yorkshire, England, and went from a two-room village school to Carnegie Mellon, where he earned his Ph.D. in metallurgy and began a 50-year journey with the university. Paxton lectured to the steel makers of Pittsburgh and those all over the world in France, the UK, Holland, Argentina, Brazil, Mexico, Poland, China, and the former USSR. Paxton was recruited to start up the new materials department for Department of Defense research and became the first director of the Division of Materials Research for the National Science Foundation from 1971-1973. Paxton is not only an accomplished engineer, but a husband of over 65 years and a proud father of four: a traveler, a lawyer, a Water Polo Hall of Fame member, and a neuroscientist.