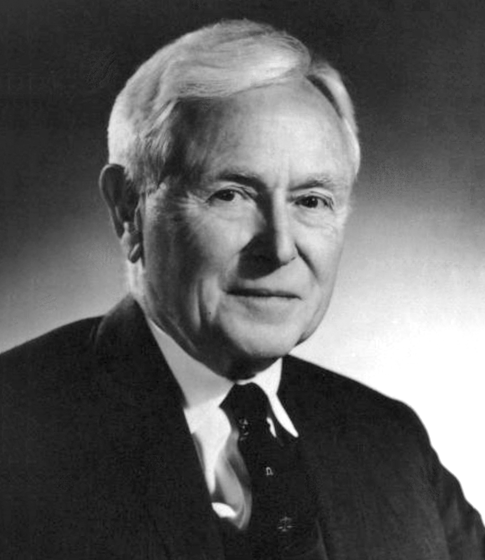 He enlisted in the Army in 1917 and served as a lieutenant with the 63rd Infantry until the end of World War I. Returning to civilian life, he became a geologist with the South American firm of Cerro de Pasco Copper Corporation in 1919. Dr. McLaughlin was equally at home in a Harvard classroom, the board chambers of half a dozen powerful business corporations and the rough-and-tumble of the gold fields.

Donald McLaughlin, was the outstanding expert and spokesman in this country for the gold mining industry. He spent most of his distinguished career with Homestake Mining Company, one of America’s largest gold producers, where he played a key role in expanding gold reserves at the company’s mine in South Dakota. He began his long, inspiring career there in 1926 as Consulting Geologist and subsequently served as Director, President, Chief Executive Officer and Chairman of the Board. He served as a Professor and Chairman of the Department of Geology at Harvard from 1925 to 1941, and had a lifelong association with the University of California, serving as Dean of the College of Mining, Professor of Mining Engineering and Dean of the College of Engineering at Berkeley.  A chair in mineral engineering was established in his name in the University’s College of Engineering. He served as Chairman of the Advisory Committee on Raw Materials and as a member of the Plowshare Advisory Committee of the Atomic Energy Commission (1947, 1972).  He was a member of the Advisory Committee for the U.S. Geological Survey and of the National Science Foundation.

Dr. McLaughlin held Directorships in many companies, including Cerro de Pasco, International Nickel of Canada, Bunker Hill, San Luis Mining, and many others. He had said that his chairmanship of the Advisory Committee on Raw Materials of the Atomic Energy Commission during its first five years was an assignment which was particularly worthwhile. In addition, he felt his membership on the Board of Regents of the University of California provided him with many opportunities to serve in ways that were very satisfying to him.

McLaughlin received numerous awards throughout his career including; the Rand Medal of the American Institute of Mining Metallurgical and Petroleum Engineers (AIME) and the Ambrose Monell Medal of the Columbia University. In 1966, the California State Assembly honored him with a Resolution of Commendation. It is fitting that the largest gold find of the 20th Century in California was named the McLaughlin Deposit to honor this great engineer who dedicated his life to the gold mining industry.