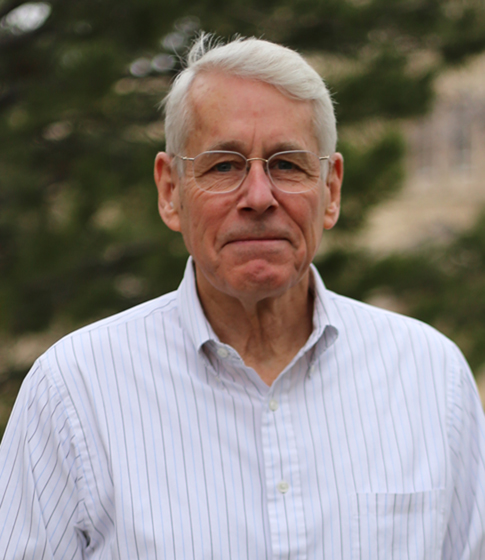 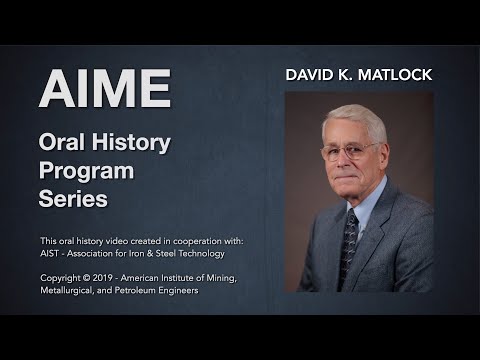 David Matlock is an emeritus professor of 46 years at the Colorado School of Mines. Matlock grew up in Austin, Texas, working on engineering projects in the backyard with his father from the age of 10. Through his father’s influence, Matlock attended the University of Texas to study engineering science. In 1968, during a substantial change in the US's history, Matlock had to transition from a conservative central Texas to a very liberal northern California to attend Stanford University and receive his Ph.D. in materials science and engineering. Matlock began his career in academia as a temporary professor at Mines but fell in love with the university’s environment and students. As a professor, Matlock regards the most rewarding part to be the opportunity to work with Mines’ students and see them grow in their careers. Matlock is a recipient of the Armco Foundation Professorship, and his courses focused on Mechanical Properties and Materials and Analysis of Metallurgical Failures and Strengthening Mechanisms. Matlock is a co-founder of the Advanced Steel Processing and Products Research Center and served as its director for 20 years. Throughout his career, Matlock became a member of AIME, TMS, AIST, ASM, and AWS and embraced the opportunities to network and learn within these societies. Now, Matlock spreads the importance of these societies to his students and contributes to their influence.