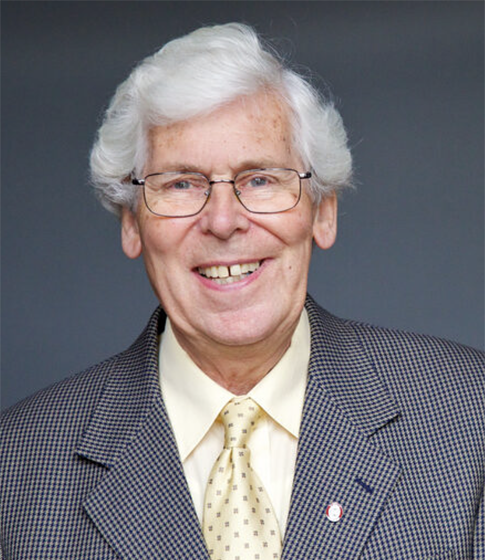 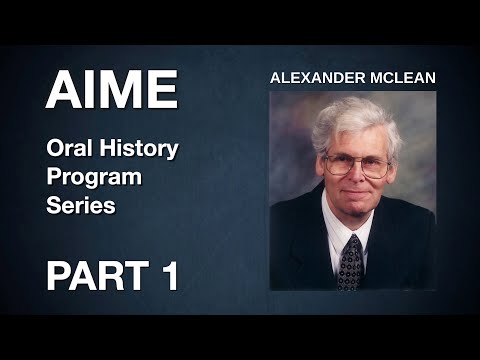 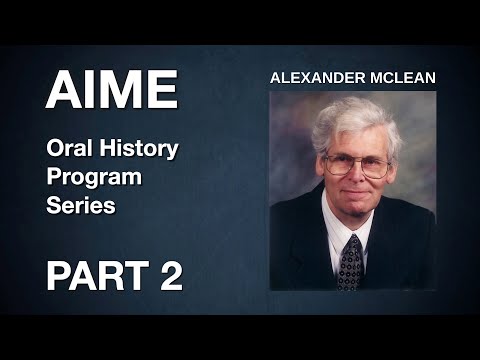 Dr. Alexander McLean has pioneered industrial practices in the steel industry and has become an inspiring mentor to countless future engineers. McLean grew up in Blantyre, Scotland as the son of a foundry man, and he found himself drawn into the field of metallurgy. Under the guidance of his mentors, McLean pursued his PhD at the University of Glasgow. McLean has had many influential figures in his life, who have influenced his career in industry and academia, and their wisdom led him to pursue his passion for academia. Now, 50 years at the University of Toronto, McLean is a professor emeritus. McLean’s work on steel re-oxidation reactions revolutionized industrial practices, and he helped transform the University of Toronto’s metallurgy department into materials science and engineering. McLean is an AIME Honorary Member, an AISI Distinguished Professorship awardee, and a recipient of the Queen Elizabeth II Diamond Jubilee Medal, a rare honor. Sharing his philosophical lessons, McLean highlights the benefits of professional societies and emphasizes the importance of communication and knowledge transfer within industry and academia. McLean has had a meaningful impact among industry, professional societies, academia, and, especially, his students.