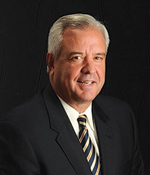 William P. Breedlove received his bachelor’s degree in business administration from the Pennsylvania State University. Upon graduation and over a seven-year period, Breedlove held several commercial and management positions within the steel service center industry. In 1989, Breedlove joined National Recovery Systems (NRS) as a market development manager. During his 18-year tenure with NRS, he held various positions of increasing responsibility, including sales manager, operations manager, general manager — operations and vice president — operations. In December 2005, Breedlove was named executive vice president and general manager. NRS was acquired by Harsco Corp. in December 2005. From January 2006 through March 2009, Breedlove served as vice president — operations, U.S. East for Harsco Metals North America, responsible for operations, growth and diversity for 20 operating sites within the company. On 1 April 2009, Breedlove was named vice president — business development and engineering for Harsco Metals North America, responsible for business growth in Canada, U.S., Mexico and Guatemala. He served in that capacity through November 2010. On 1 December 2010, Breedlove was appointed executive vice president — marketing and business development for Harsco Metals and Minerals global business platforms. In July 2011, he accepted a position as CEO of Quality Magnetite LLC and also held a seat on the board of managers for the company. Breedlove served as the 2010–2011 president of AIST. He has held a seat on the AIST executive committee as well as serving as a trustee and is a past president of the AIST Foundation. He is a past chairman of the Midwest Section of ISS, a predecessor organization to the AIST. Breedlove continues to contribute to the society on a local level as well as on a national level.