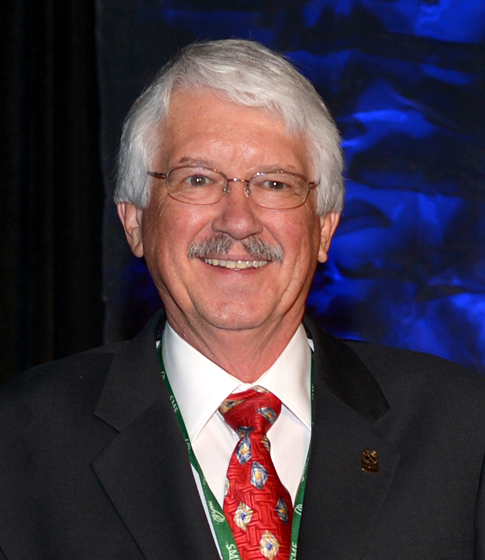 For exceptional service to SME and AIME in advancing the global interests of the mining, metallurgical and exploration activities of the profession.

William H. Wilkinson is vice president, Africa, for Freeport-McMoRan Exploration in Phoenix, AZ. He is responsible for project direction, reconnaissance and acquisitions throughout the continent, which has lead to a major discovery. He has nearly 35 years of experience in mineral exploration and has worked in base- and precious-metals exploration in 25 countries on five continents. He has worked in the southwestern United States for Anaconda, Duval, Westmont Mining and Phelps Dodge.

Wilkinson received B.S. and M.S. degrees in geology from the New Mexico Institute of Mining and Technology. After service in the U.S. Army, he received his Ph.D. degree in geosciences in 1981 from the University of Arizona. He is a Distinguished Member of SME, a charter registered member and served as its president in 2009. He is a certified professional geologist of the American Institute of Professional Geologists and is a member of the Society of Economic Geologists, Mining Foundation of the Southwest, Mining and Metallurgical Society of America and the Arizona Geological Society.