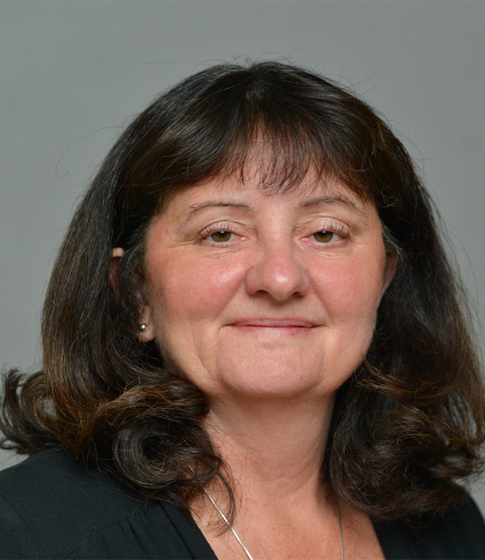 For extraordinary contributions to the metallurgical field as an inspiring educator, a creative technologist, an exceptional colleague, and a visionary leader of the TMS community.

Tresa Pollock is the Alcoa Professor and chair of the Department of Materials at the University of California, Santa Barbara (UCSB). She graduated with a B.S. from Purdue University in 1984 and a Ph.D. from the Massachusetts Institute of Technology in 1989. Pollock was employed at General Electric Aircraft Engines from 1989 to 1991, where she conducted research and development on high-temperature alloys for aircraft turbine engines. She was a professor in the Department of Materials Science and Engineering at Carnegie Mellon University from 1991 to 1999 and the University of Michigan from 2000 to 2010. Her current research focuses on processing and properties of structural materials and coatings and on the use of ultrafast lasers for microfabrication, tomograph, and materials diagnostics. Pollock was elected to the U.S. National Academy of Engineering in 2005, is a 2009 TMS Fellow, a Fellow of ASM International, and was the 2005 President of TMS—the first female to hold that office. Having served as an associate editor since 1997, Pollock was recently named the incoming principal editor for Metallurgical and Materials Transactions family of journals and will begin her editorship in September 2016. She advised the UCSB graduate student organizers of the Transforming the Diversity Landscape symposium held at the TMS 2016 Annual Meeting & Exhibition and was a member of the Panel of Past TMS Presidents during that symposium. She also participated in DMMM1 as an advisory organizer.