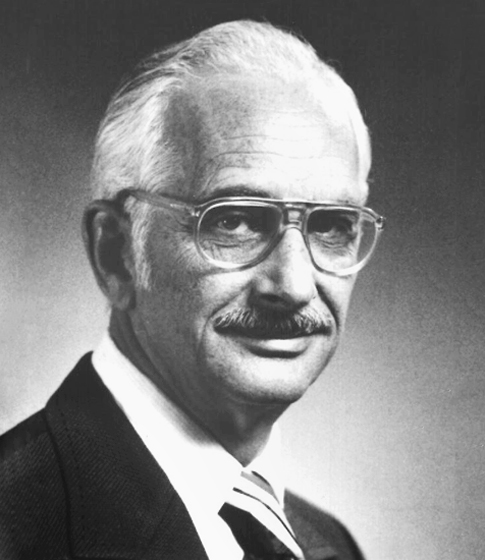 For noteworthy contributions to reservoir engineering and enhanced oil recovery technology; and for outstanding service to the Society and Institute in developing new technology dissemination programs.
Deceased: 1997

Ted M. Geffen, a native of Calgary, was graduated from The University of Oklahoma in 1944 w1th a B.S 1n Petroleum Engineering. After graduation Mr. Geffen returned to Calgary as a field engineer for the Alberta Petroleum and Natural Gas Conservation Board and later the California Standard Company. In 1946 he joined Stanolind Oil and Gas Company (now Amoco Production Company) in Tulsa. During his 35 years with the company's Research Department, he was Research Engineer, Research Section Manager for Oil Recovery and Reservoir Engineering and Research Consultant. When Mr Geffen  etired from Amoco in 1981, he remained in Tulsa and formed his own consulting firm He also served on a part-time basis as the Chief Engineer for the National Institute for Petroleum and Energy Research.

Throughout his career Mr. Geffen has participated in numerous professional organizations He served on the Boards of both SPE and AIME and was the AIME representative on the Board and Executive Committee of the Engineering Societies Commission on Energy. He chaired the first annual SPE Enhanced Oil Recovery Symposium and was the initiator of the SPE quarterly publication Enhanced Oil Recovery Field Reports. He has authored 24 technical publications, and co-authored the "Waterflooding" chapter in Improved Oil Recovery Mr. Geffen received the 1974 SPE John Franklin Carll Award and has been named an SPE Distinguished Member.