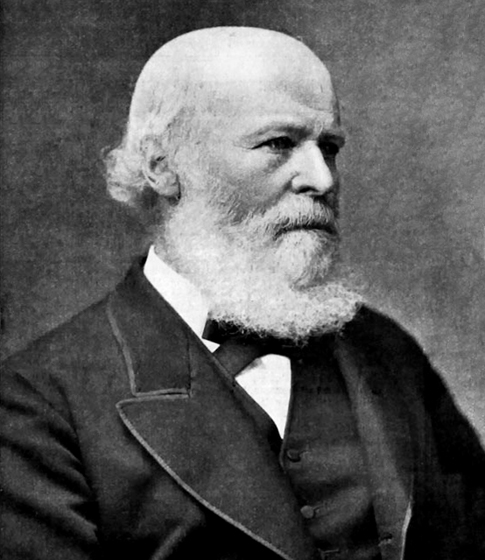 Isaac Lowthian Bell was born in Newcastle upon Tyne in 1816. He was the son of Thomas Bell, a member of the firm of Losh, Wilson, and Bell Ironworks at Walker. Bell was educated at Dr. Bruce’s Academy (Newcastle upon Tyne), Edinburgh University, and the University of the Sorbonne (Paris).

In 1850 Bell was appointed manager of Walker Ironworks. In the same year, he established a chemical works at Washington. In 1852 Bell set up Clarence Ironworks at Port Clarence, Middlesbrough, with his brothers Thomas and John which produced basic steel rails for the North Eastern Railway (From 1865 to 1904, Bell was a director of North Eastern Railway Company). They opened ironstone mines at Saltburn by the Sea (Normanby) and Skelton (Cleveland). They employed up to the minute practises (for example, utilizing waste gases that escaped from the furnaces) and were always keen to trial improvements in the manufacture of iron.

In 1854 Bell became a member of the North of England Institute of Mining and Mechanical Engineers and was elected president in 1886. Bell devoted much time to the welfare and success of the Institute in its early days.

Bell’s professional expertise was used after an explosion at Hetton Colliery in 1860. He ascertained that the cause of the explosion was due to the presence of underground boilers.

In 1861 Bell was appointed to give evidence to the Commission to incorporate a Mining College within Durham University. Durham College of Science was set up in 1871 in Newcastle with Bell as a Governor. He donated £4,500 for the building of Bell Tower. A large collection of books were donated from his library by his son to the College.

Bell served on the Royal Commission on the Depression of Trade. He was a Justice of Peace for County of Durham, Newcastle and North Riding of Yorkshire, and was Deputy-lieutenant and High Sheriff for Durham in 1884. In 1879 Bell accepted arbitration in the difficulty with the miners during the General Strike of County Durham miners.

In 1871 Bell read a paper at a meeting of the Iron and Steel Institute, Middlesbrough on ‘Chemical Phenomena of Iron smelting’. (The Journal of the Iron and Steel Institute, 1871 Vol I pp85-277, Vol II pp67-277, and 1872 Vol I p1). This was published with additions as a book which became an established text in the iron trade. He also contributed to ‘The Industrial Resources of the Tyne, Wear, and Tees (1863)’.

Bell was the recipient of the Bessemer Gold Medal, from Iron and Steel Institute in 1874 and in 1885 received a baronetcy for services to the State. In 1890 he received the George Stephenson Medal from The Institute of Civil Engineers and in 1895 received the Albert Medal of the Society of Arts for services through his metallurgical researches. Bell was a Doctor of Civil Law (DCL) of Durham University, a Doctor of Laws (LLD) of Edinburgh University and Dublin University, and a Doctor of Science (DSc) of Leeds University.

After Bell’s death on the 21st of December 1904, the Council of The Institution of Mining Engineers passed the following resolution: "The Council have received with the deepest regret intimation of the death of their esteemed President and colleague, Sir Lowthian Bell, Bart, one of the founders of the Institution, who presided at the initial meeting held in London on June 6th, 1888, and they have conveyed to Sir Hugh Bell, Bart, and the family of Sir Lowthian Bell an expression of sincere sympathy with them in their bereavement. It is impossible to estimate the value of the services that Sir Lowthian Bell rendered to the Institution of Mining Engineers in promoting its objects, and in devoting his time and energies to the advancement of the Institution."