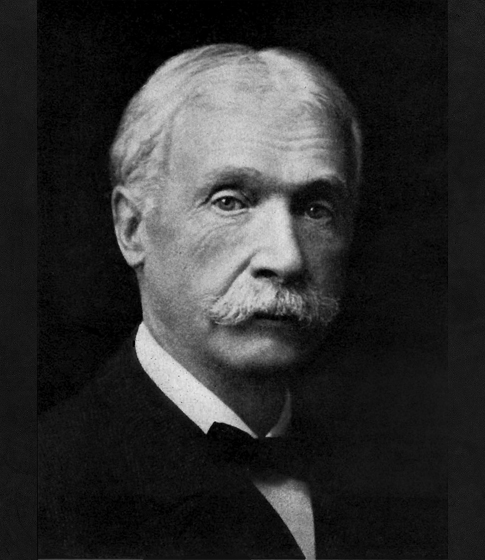 Robert H. Richards, inventor, author and teacher, was undoubtedly America's pre-eminent ore dressing engineer in the last half of the 19th and early part of the 20th centuries. Dr. Richards can rightly be called the father of ore dressing in the United States.

In 1874, Robert Richards began studies of hydraulic classification that led to his discovery and extensive research on the phenomenon of hindered settling. Based on these fundamental studies, Richards developed a series of sizing and concentrating classifiers, the Richards pulsator jig, and the concept of sizing before gravity concentration.  In addition to this important and long-lasting research, Dr. Richards encyclopedic treatise, Ore Dressing, was the first comprehensive work to codify and publicize all that was known about ore dressing in America at that time.

In 1868, Robert Richards was in the first graduating class at the Massachusetts Institute of Technology, thus becoming one of the earliest graduates of a U.S. college having a fledgling mining program.  Upon graduation, Robert Richards stayed at M.I.T. as an instructor, advancing to the rank of professor in 1884 and serving as Department Head of Mining and Metallurgy for 41 years from 1873 to his retirement in 1914.

Throughout his career, Dr. Robert Richards advocated learning by doing, emphasizing observation of facts and laws of nature and stressing the need to observe, record, collate and conclude. Dr. Richards made numerous visits to mines, mills, smelters and equipment manufacturers and was actively engaged as a mining and milling consultant. In 1893, Dr. Richards began writing a book on ore processing, integrating his research, a study of the literature, and the results of an extensive trip to nearly 100 mills in 11 western states. This work resulted in his classic, four-volume Ore Dressing, published in the period 1903-1909. Also in 1909, Dr. Richards published his Textbook of Ore Dressing.  The third edition of this book was still in use at mid-century.

Dr. Robert Hallowell Richards became a member of the American Institute of Mining Engineers (AIME) in 1873, two years after its founding, and was its President in 1886. A year after Dr. Richards death, AIME designated Transactions Volume 169 (1946) as the Richards Memorial Volume on Milling and Concentration.  Testimonials in the volume include one from D.C. Jackling, who early in the century made revolutionary strides in mining and milling at his Utah Copper Company. Jackling lauded Dr. Richards' contributions as a consultant to that enterprise and others, saying, "Dr. Richards had a more important part in this innovation in the practice of copper producing technology than any other consultant from whom I sought . . . advice."

AIME honored Dr. Richards' memory in 1948 by establishing the Robert H. Richards award as the premier award in the field of ore processing.