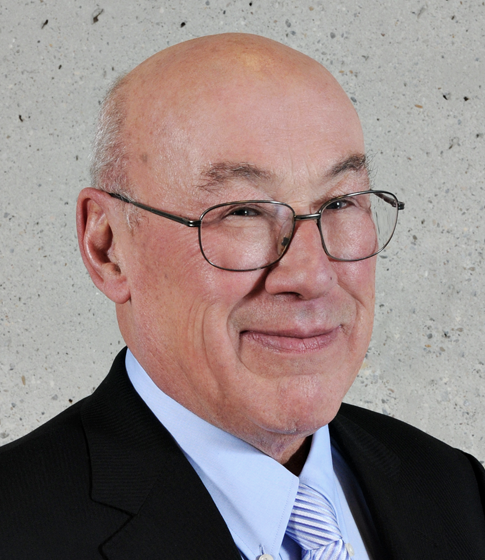 For his global contributions to academics and innovative teaching and training programs, for creating a novel oil recovery process advancing air injection techniques, and for his leadership, intellect, compassion, and sincere mentoring.

R. Gordon Moore is a Professor in the Department of Chemical and Petroleum Engineering at the University of Calgary where he has been a faculty member since 1970, including 10.5 years as Department Head starting in 1992. Moore’s teaching has primarily involved first and second year Engineering Thermodynamics. His research interests are predominantly in the area of thermal recovery with emphasis on air injection processes. He has been principal of the In Situ Combustion Research Group (ISCRG) since it performed its first combustion tube test in 1974. While every member (graduate student and full time technical personnel) of the research group has played a key role in Moore’s long and successful research career, Dr. D.W. Bennion and Dr. S.A. Mehta deserve special acknowledgement as co-principals of the Group. Since 1974, the ISCRG has performed over 440 combustion tests on over 200 reservoirs located in 25 countries. The number of combustion models operated and the pressure capabilities have expanded to the point that the ISCRG has one of the best equipped in situ combustion research facilities in the world. Based primarily on research performed in the thermal laboratory, Moore has published over 500 technical reports, journal and conference papers, and has supervised more than 80 graduate students at the Masters and PhD levels. Moore has enjoyed a long history of collaboration with industry. He was a founding partner in Hycal Energy Research Laboratories Ltd. (now Weatherford Laboratories) from 1978 to 1992, spent industrial leaves with Imperial Oil, Mobil Oil and Hycal, and served as technical advisor to a number of the Alberta Oil Sands Authority sponsored in situ combustion projects. For the past 20 years, Moore has been a principal of Hot-Tec Energy Inc. which is a consulting and laboratory equipment fabrication company. Moore has been a member of SPE since 1978, has served as a Distinguished Lecturer of SPE (2002-2003), is a Distinguished Member of SPE, and an SPE IOR Pioneer. Prior to the Canadian Petroleum Society amalgamation with SPE, Moore was Chairman of the Calgary Section, a member of the Board of Governors and a Distinguished Member. He is a registered Professional Engineer in the Province of Alberta (APEGA), has served since 2005 as member of the Joint Advisory Board to Texas A&M at Qatar. He graduated from the University of Alberta with a BSc (1965) and a PhD (1971) in Chemical Engineering.