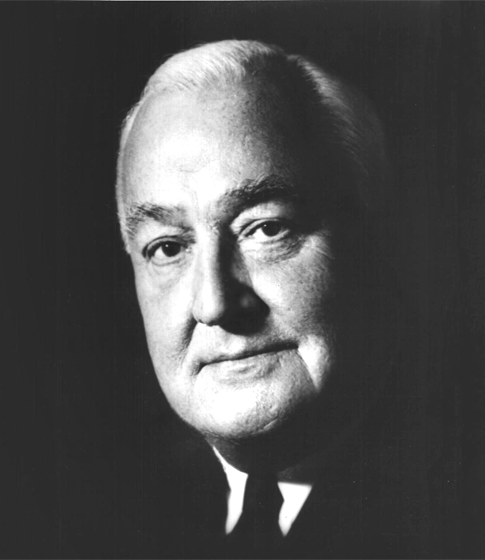 For his outstanding development and administration of the low-grade copper enterprises in Utah, at the Utah Copper Company, and, in Arizona, at the Ray Consolidated Copper Company, and the Phelps Dodge Corporation. His eminence as a leader in these fields deeply warrants this recognition by the Institute he has served so well as President and, for many years, Director.
Deceased: 1959

Louis Shattuck Cates was born in Boston in 1881 and graduated with a B.S. from Massachusetts Institute of Technology in 1902. Elected to membership in AIME in 1904, his loyalty and service to the Institute have been notable. For many years he served as Director. As President in 1946, he contributed generously from his vast knowledge of administration technique. In 1936, he was the recipient of the Saunders Gold Medal and, in 1954, became a member of the Legion of Honor. His election to Honorary Membership September 21, 1955, the highest honor the Institute can bestow, culminated a career of distinction in his professional society.

Under Mr. Cates's leadership, Phelps Dodge has become one of the leading copper producers of the world. He now serves as Chairman of the Board after a meteoric rise in the industry. At the time Boston Consolidated Mining Co. was taken over by the Utah Copper Co., Mr. Cates was general manager of the mines and mills of the former. He was promptly made engineer of mines in the new company and later put in charge of Ray Consolidated Copper Co. at Ray, Arizona. There he set production records. Eventually, he became Vice-President of Utah Copper. This connection he severed in 1930 to become President of Phelps Dodge.