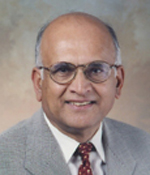 For exceptional contributions in advancing understanding in the fields of reservoir simulation, multiphase flow, natural gas engineering, and hydrocarbon phase behavior, and for his commitment and dedication to the education and development of young engineers.

Aziz has been active in the SPE for more than 25 years. He has received several awards, including the Distinguished Petroleum Engineering Faculty and Distinguish Member Awards of SPE.