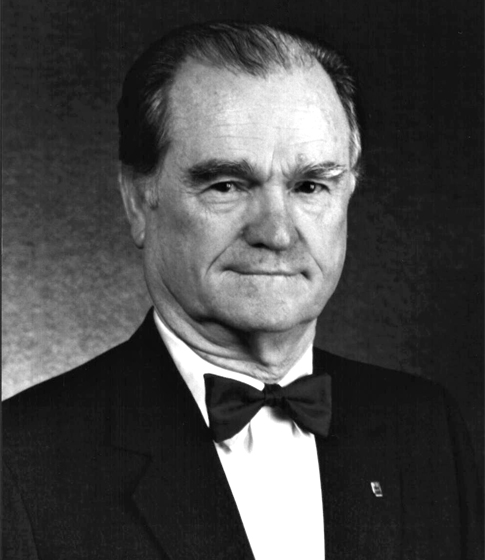 For untiring and unselfish efforts and contributions to the development of the Society of Petroleum Engineers as an international organization; for his significant role in the establishment of new SPE sections worldwide; and for his long and active service and participation on Society and Institute committees at all levels.
Deceased: 1994

Kenneth W. Robbins retired in 1987 as Manager of International Sales from Otis Engineering. He was graduated from Texas Technological University in 1943 with a B.S. in Petroleum Engineering. After completing military service, Mr. Robbins began a 40-year tenure with otis, serving initially in engineering, supervisory, and sales positions in the corporatio's U.S. operations.

An active member of the Society of Petroleum Engineers since 1951, Mr. Robbins has served as chairman or member of 15 committees, general chairman of the SPE Annual Meeting and the SPE Symposium on Economics and Evaluation, and two terms as SPE Treasurer. He was President of the Society in 1985, and presently serves as member of the SPE Foundation Board. Mr. Robbins has served two terms on the AIME Board. A recipient of the SPE Distinguished Service Award in 1976, he was named a Distinguished Member of the Society in 1983. Mr. Robbins is also a member of the American Petroleum Institute, National Association of Corrosion Engineers, and National Oil Equipment Manufacturers and Delegates Society (NOMADS). He has had technical papers published on corrosion detection, emergency shutdown systems, subsurface equipment, and pipe-handling systems.