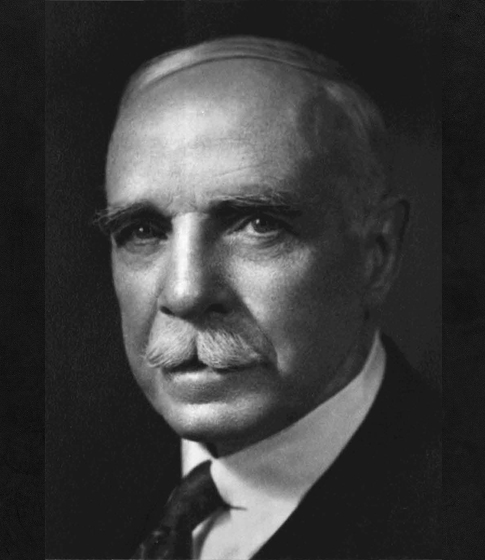 For his achievement as a maker of steel; for his effective service to society and to the engineering profession; for his inspiring leadership in the affairs of this institute.
Deceased: 1944

John Van Wicheren Reynders was born December 17, 1866 in Hoboken, New Jersey. Reynders received a degree in civil engineering from Rensselaer Polytechnic Institute in 1886. An honorary doctorate in engineering was conferred on him by the Institute in 1925. He began his professional work in the manufacture of steel in Pittsburgh, PA. From 1892 to 1906 he managed the Pennsylvania Steel Company in Steelton, PA and was its vice president from 1906 to 1916. He was actively engaged in bridge building for this company which under his management built the steel railway arch bridge over the Niagara River; the Gokteik Viaduct in Burma, India; the Queensboro Bridge over the Mississippi River; and many other notable projects. As a resident of Harrisburg, PA, he took much interest in city affairs and was responsible for many civic improvements. In 1916, when Bethlehem Steel bought out Pennsylvania Steel, Reynders moved to New York and established himself as a consultant on steel properties. He was a member of the American Institute of Mining and Metallurgical Engineers for more than thirty years, serving on its board of directors and as president from 1925 to 1926. Reynders was a delegate to the Republican National Convention in 1908. He organized a committee of engineers to support Herbert Hoover’s candidacy for president of the United States. John V. W. Reynders married Clare Charlton of Harrisburg in 1894 and they had three children. He died July 10, 1944 in New York, NY.