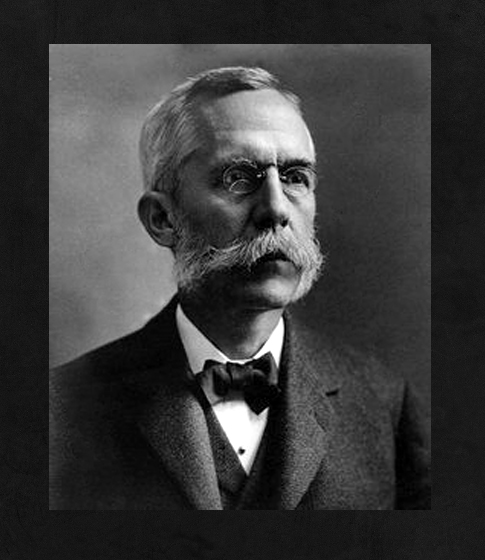 Henry Sturgis Drinker was born in Hong Kong to international businessman Sandwith Drinker and his wife Susannah Budd Drinker, and many of his earliest memories were of travels in China. He graduated from Lehigh University in 1871 as a mechanical engineer and used his skills to help engineer the two-mile-long Musconetcong Tunnel, which made railroad travel between Easton, Pennsylvania, and New York City possible. He also studied law and became solicitor general for the railroad for twenty years before accepting the presidency of Lehigh in 1905. Many new buildings were completed on campus during his tenure, and his interest in horticulture led to the planting of many rare trees and plants there. Other capacities he served in included President of the National Reserve Corps, President of the Association of College Presidents of Pennsylvania, and Chairman of the Board of Directors of the Military Training Camps Association from 1916 to 1919. He resigned as president of Lehigh in 1920. Henry married Aimee Ernesta Beaux in 1879 and they had children: lawyer and musicologist Henry Sandwith Drinker, James B. D. Drinker, pathologist Cecil Kent Drinker, Ernesta Drinker, inventor of the iron lung Philip Drinker, and historian Catherine Drinker Bowen.