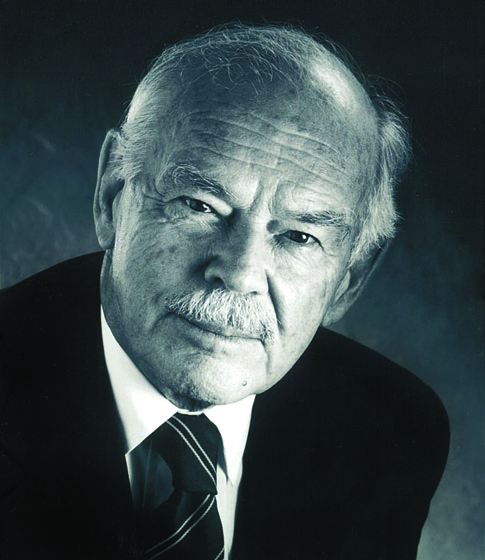 For his visionary leadership in the steel industry. His ideas changed the nature of steel production, and his “mini-mill” concept led to North America becoming the world’s largest recycler of steel.

Gerald Heffernan was trained as a metallurgical engineer at the University of Toronto. He pioneered the efficient, self-contained steel production facility known as mini-mills, which now account for 200 million tons of the world’s 700-million-ton steel output. Heffernan established six steel mills based on advanced EAF and continuous casting technology. He also built an industry-leading Canadian steelmaking company, Co-Steel, which has employed more than 3,000 people in three countries.

Heffernan has served as a director of the Business Council on National Issues, a director and vice chairman of the Canadian Institute for Advanced Research, a member of the Ontario government’s Committee on Government Productivity, and a member of the federal government’s Neilson Commission. He has held other leadership roles with Texas Industries Inc., Clairvest Group, Cesaroni Technology, Van Rob Inc. and Vivosonic Inc. He is now president of G.R. Heffernan & Associates Ltd.

Heffernan holds several awards and designations, including the AIME Benjamin E. Fairless Award for leadership in new design and steelmaking techniques; the APEO Gold Medal, Officer of the Order of Canada, the U.K.’s Institute of Metals Bessemer Gold Medal for technological innovation in the steel industry; and was also inducted into the Canadian Science and Engineering Hall of Fame, and Canadian Business Hall of Fame.