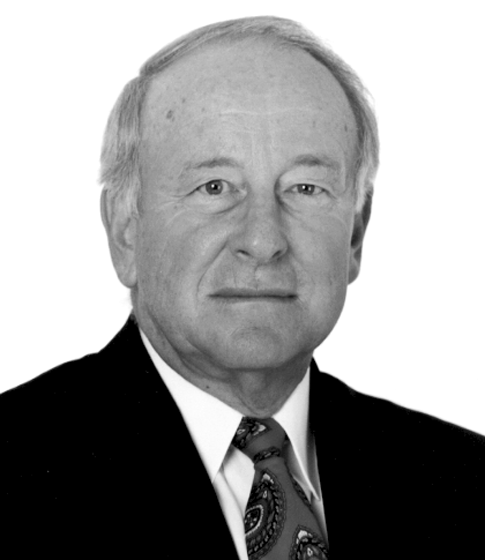 In recognition of exceptional service and distinguished leadership to AIME and SPE, his personal and professional integrity and his profound impact on the petroleum engineering profession.
Deceased: 2005

George H. Sawyer retired from Exxon International in 1993, where he was manager of Technology and Production Operations. His 40-year career was split 50-50 between US and international business. Mr. Sawyer graduated from the University of Texas in 1956, with a BS in petroleum engineering. He has been active in SPE during the entire span of his career. He was president of SPE in 1989 and has served on and chaired numerous committees at the society and regional levels. During the 1960s he worked with the SPE staff in planning and implementing the Offshore Technology Conference which was held in May of 1969. He has chaired the International E&P Forum based in London and served on numerous API committees. Mr. Sawyer served as a member of the AIME Board of Trustees from 1988-1990 and again in 1996-97 and 2000-2004. He remains active in SPE and in assisting several universities with MBA and engineering programs.