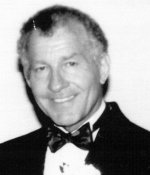 For profound and lasting contributions in advancing the industry's understanding of risk assessment and creative problem solving in upstream economic analyses and competitive bidding technologies.

Edgar C. Capen retired from Atlantic Richfield in 1992 as distinguished mangagment advisor. After retirement he formed a consulting and teaching partnership, PetroRisk Partners. Mr. Capen graduated from Texas University in 1957 and joined Atlantic Refining Compan's R&D lab as a research physicist. In 1974 he was named SPE Distinguished Lecturer and again in 1987. After the Exxon Valdez accident, he served on an industry study group looking into causes of and remedies for marine mishaps. He received the J.J. Arps Award in 1989, the AIME Mineral Economics Award in 1996, the SPE Economics Award in 1999, and the SPE Distinguished Member Award that same year. He served on several SPE committees, but his specialty has been writing and speaking for SPE and other industry groups.