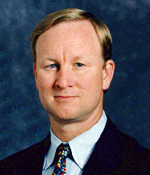 For his significant technical contributions including advances in horizontal wells, hydraulic fracturing, geostatistics, and reservoir simulation, his outstanding service to SPE including as 2016 President and a Distinguished Lecturer, and his dedicated welfare and humanitarian efforts to improve peoples’ lives.

Nathan Meehan is President of CMG Consulting. Before founding CMG Consulting, he worked for 24 years with Union Pacific Resources, serving in various capacities, and was Vice President of Engineering for Occidental Petroleum. Meehan was appointed to the Texas Interstate Oil & Gas Compact Commission; served as Director of Pinnacle Technologies, the Computer Modeling Group, Vanyoganeft Oil Co., and the Heriot-Watt U. Horizontal Well Unit; and was a member of the U. of Texas Petroleum Engineering Advisory Board.

Meehan served on the SPE Board of Directors during 1999–2002, was an SPE Distinguished Lecturer during 1991–92, and was 1987–88 President of the Golden Gate Section. An SPE Distinguished Member, he is the recipient of the 1999 SPE Lester C. Uren Award and chaired the 2003–04 SPE Applied Technology Workshop on Novel Reservoir Management. Meehan earned a BS degree in physics from the Georgia Inst. of Technology, an MS degree in petroleum engineering from the U. of Oklahoma, and a PhD degree in petroleum engineering from Stanford University.