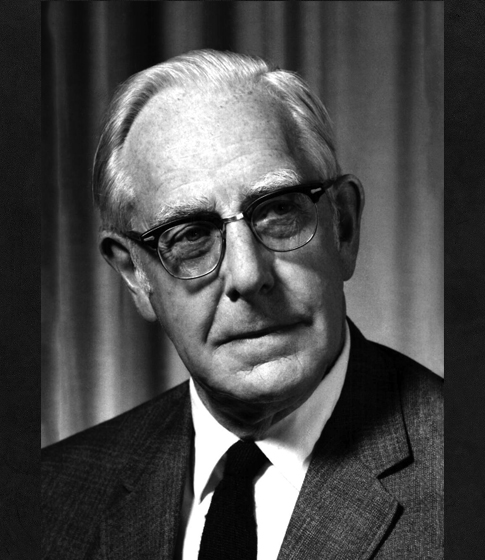 For leadership in research on the structure of metals and alloys, for notable contributions to the metallurgy of plutonium, for outstanding scholarship in the history of science and technology and for devoted service to the Nation and to the Institute.
Deceased: 1992

Cyril Stanley Smith was born in Birmingham, England. He is Emeritus Professor of Metallurgy and of the History of Science and Technology at the Massachusetts Institute of Technology. He received a B.Sc. from the University of Birmingham in 1924 and a D.Sc. from the Massachusetts Institute of Technology in 1926 while he was a Research Associate. Soon after graduation Dr. Smith became a Research Metallurgist with the American Brass Company, where he remained for fifteen years. He was Associate Division Leader in Charge of Metallurgy at the Los Alamos Scientific Laboratory where he played a major role in the Manhattan Project from 1943 to 1946. After leaving this post, he became Director of the Institute for the Study of Metals at the University of Chicago. A Guggenheim Fellow in 1955-56, Dr. Smith held professorships at the University of Chicago and the Massachusetts Institute of Technology. He was a Visiting Fellow at St. Catherine's College at Oxford in 1970.

The many awards conferred upon Dr. Smith include the Institute's Hunt Award in 1934, the Mathewson Award in 1936, and the James Douglas Gold Medal in 1963. He was the Institute of Metals Division Lecturer in 1948. The U.S. Presidential Medal for Merit was awarded to Dr. Smith in 1946.

He was a member of the General Advisory Committee of the U.S. Atomic Energy Commission from 1946 to 1952 and of the President's Science Advisory Committee in 1959. His chief fields of research are in physical metallurgy, the role of interface energy and topology in structure of polycrystalline material, and historical interaction between science and technology.