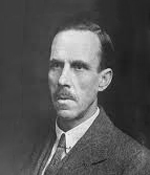 In recognition of his contributions to the science of metallurgy, particularly during his long and brilliant direction of the work of the National Physical Laboratory.
Deceased: 1958

In the minds of practically all English-speaking metallurgists two men stand out as leaders in advancing the science of metals, and as inspiring teachers who have guided hundreds of young men onto the paths of metallurgical righteousness. One of these is Albert Sauveur, until his death professor at Harvard University; the other is Cecil Henry Desch, for many years professor of metallurgy at Sheffield University and later superintendent of metallurgy at the National Physical Laboratory, Teddington, Middlesex, England.

Cecil Henry Desch was born 74 years ago. He was educated at Finsbury Technical College in London and took post-graduate work at the University at Wiirzburg, in Bavaria, and at the University College, London, receiving for this work the degrees of D.Sc., Ph.D., and LL.D. His first position was as lecturer at Glasgow University. This was followed by appointment as professor of metallurgy at the Royal Technical College in the same city. In 1920, Dr. Desch was offered the chair of metallurgy at Sheffield University, where he remained for 11 years. Following a vacation in 1931 and 1932, which was spent as visiting lecturer at Cornell University, he headed the Department of Metallurgy at the National Physical Laboratory until his virtual retirement in 1939.

Dr. Desch's scholarship and attainments in metallurgy have brought him numerous honors. He is a fellow of the Royal Society, and in 1939 and 1940 he served as president of the world-famous British Institute of Metals. He has also served as vice president of the Iron and Steel Institute of Great Britain and has been scientific advisor to the Iron and. Steel Industrial Research Council. In 1927 he delivered the annual Institute of Metals Division Lecture at the general meeting of A.I.M.E. in New York.

Dr. Desch's international reputation is due largely to his outstanding scientific papers, and especially to his textbook "Metallography," which, since its first publication in 1910, has been revised five times and has been studied by thousands of young metallurgists and by many not so young ones-all over the world. He is also author of the texts "Intermetallic Compounds" and "'The Chemistry of Solids" based on his Cornell lectures and published in 1934.