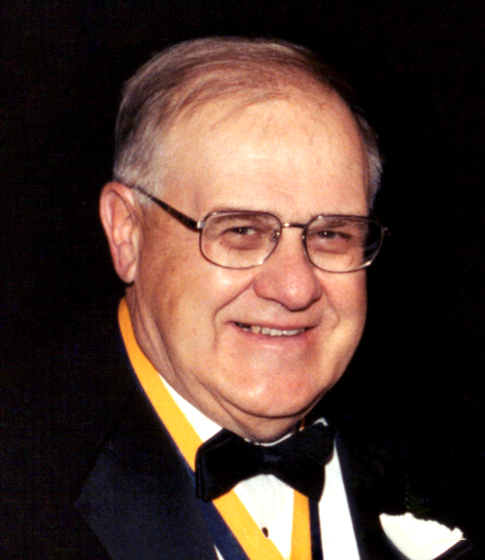 For his notable achievements in coal mining resulting from Iris successful bridging of these three realms of activity: academics, government and industry, and distinguishing himself in all of them.

Thomas V. Falkie is President of Berwind Natural Resources Company in Philadelphia. He received his B.S., M.S. and Ph.D. in Mining Engineering from The Pennsylvania State University. From 1961 to 1969 he held various technical and managerial positions with International Minerals and Chemical Corp. in Illinois and Florida. Dr. Falkie was Professor and Head of the Department of Mineral Engineering at Penn State from 1969to 1974. and also chaired the university's interdisciplinary program in Mineral Engineering Management. From 1974 to 1977 he was the Director of the Bureau of Mines, U.S. Department of the Interior.

A Distinguished Member of SME, Dr. Falkie was the 1985 President of the Society. He has served on the Boards of both SME and AIME; he was an AIME Vice President in 1977-1978 and the AIME President in 1988. Dr. Falkie was a Henry Krumb Lecturer in 1977-1978, and has authored publications and presented numerous speeches on mining, mineral and energy topics. In 1988 he toured Australia as the AIME lecturer in the Distinguished Speaker Exchange Program between AIME and the Australasian Institute of Mining and Metallurgy. He is an Alumni Fellow of The Pennsylvania State University and was elected to the National Academy of Engineering in 1989.