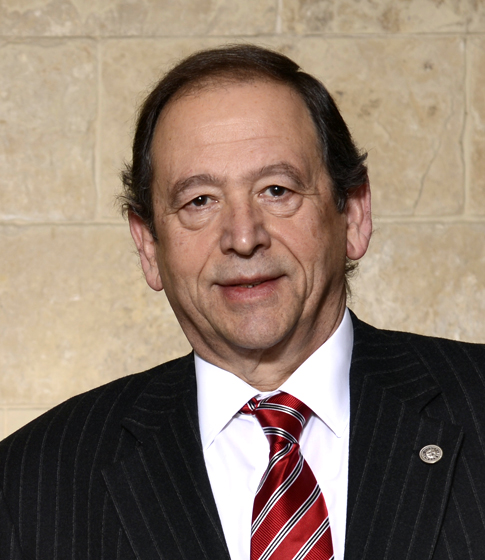 "For his contributions to mining engineering, mine health and safety, the improvement of environmental performance of coal mining and for his international recognition as a teacher, researcher and academic leader."

Dr. Michael Karmis is the Stonie Barker Professor of the Department of Mining and Minerals Engineering and the Director of the Virginia Center for Coal and Energy Research (VCCER) at Virginia Tech.

His expertise is in the areas of mine health and safety, rock mechanics and ground control, mining systems, and the sustainable development of energy and mineral resources. He has authored/co-authored over 160 scientific papers and has directed 60 major research projects funded by federal and state agencies, foundations and private companies. Dr. Karmis is a recognized teacher, graduate advisor and student mentor and has received numerous Certificates of Teaching Excellence and other teaching commendations.

A Professional Engineer, Dr. Karmis is an active consultant to the mining industry, academic and research institutions, government agencies, engineering companies and financial and legal firms. He served as the 2002 President of the Society for Mining, Metallurgy and Exploration (SME) and as the 2009 President of the American Institute of Mining, Metallurgical and Petroleum Engineers (AIME). He currently serves as Trustee and Vice President of the United Engineering Foundation (UEF). He was elected as the 2002 President of the Society of Mining Professors (SOMP)-Societät der Bergbaukunde and served as its Secretary General from 2005 to 2012. Dr. Karmis is an Honorary Member of AIME, a Distinguished Member of SME, a Fellow of the Institute of Quarrying, and a Fellow of the Institute of Materials, Minerals and Mining. He has received numerous awards and recognitions by major scientific, educational, professional and industrial organizations.