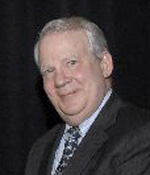 For his career-long dedication to the coal mining industry wordwide, his contributions to the success of many global mining companies and operations, and for his role in new mine developments and programs in the United States, Australia, and Canada.

Garold R. Spindler graduated from West Virginia University with a degree in MS Mining Engineering and BS Mining Engineering. Gerry, as he is known, also holds a MS Management degree from Stanford University. During his career, he held a number of President, Vice President and CEO positions within the United States. Notably, he was an Operating Officer of Consolidation Coal Company in Pittsburgh, Pennsylvania; President and CEO of The Pittston Coal Group in Greenwich, Connecticut; and President and CEO of Cyprus Amax Coal Company in Englewood, Colorado. In Russia, Gerry serves as a Non-Executive Board Member to the Supervisory Board of DTEK. He has served as a Non-Executive Board Member since 2006. In the United Kingdom, Gerry served as a Non-Executive Board Director for UK COAL Plc. He held this position from 2001 to 2004. In 2004, Gerry was appointed CEO of UK COAL and remained in that position until he relocated to the United States in September 2007. Currently, Gerry is the Chairman of Imagin Natural Resources in Richmond, Virginia; and he is also the founder and owner of Imagin Minerals located in Wilton, Connecticut. Gerry formed Imagin Minerals in the United States to identify and acquire industrial minerals and aggregate operations, resulting in the acquisition of St Cloud Mining in Winston, New Mexico.