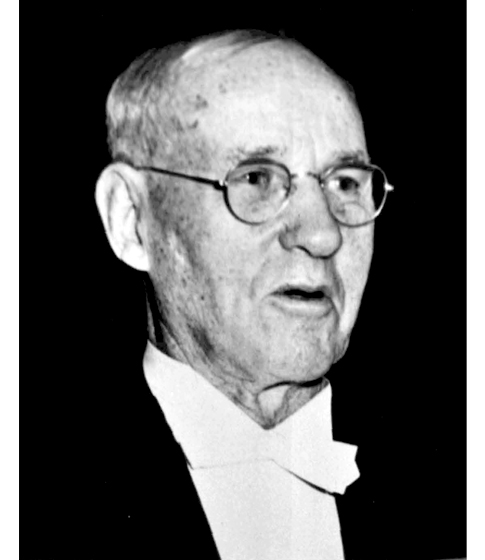 Eugene McAuliffe was born on October 3, 1866, in Maidstone, England. He began his career as a shop apprentice with the Northern Pacific Railway in 1886. He transferred to locomotive service as an engineer in 1908. When he left the Northern Pacific, he was foreman of air brake instruction on the line. McAuliffe went to the St. Louis and San Francisco Railway in 1908, as the chief fuel agent. It was the beginning of a long association with the coal industry. From 1908 to 1917, he was also associated with the Brazil Block Coal Company and was a founding member of the International Railway Fuel Association. McAuliffe left the railroad industry in 1917, to operate public utilities in Missouri, Michigan, and Wisconsin, and to serve as an officer of the West Kentucky Coal Company, and the Union Colliery Company. In 1918-1920, he was manager of the United States Railroad Administration Fuel Conservation Section. Following World War I, McAuliffe was president of the Union Pacific Coal Company, the Union Pacific Water Company, the Washington Coal Company, and the Southern Wyoming Utilities Company.

McAuliffe was the author of Railway Fuel (1916), The Romance and Tragedy of Coal (1931), and “What can their glory fade?”: General George Armstrong Custer, U.S.A.: the Battle of the Little Big Horn, Sunday June 25, 1876. He was awarded an honorary degree of Doctor of Engineering by the Missouri School of Mines and Metallurgy (now Missouri University of Science and Technology) in 1927. McAuliffe was elected president of the American Institute of Mining and Metallurgical Engineers in 1941. McAuliffe married Nell Shuler in Springfield, Missouri, on June 17, 1896. Nell was born on December 29, 1879, in Boone County, Iowa. Nell and Eugene had three children: Kathleen, Mary J., and Rosemary. The couple retired to Omaha, Nebraska, where he died on June 2, 1959, followed by her death on January 23, 1966.