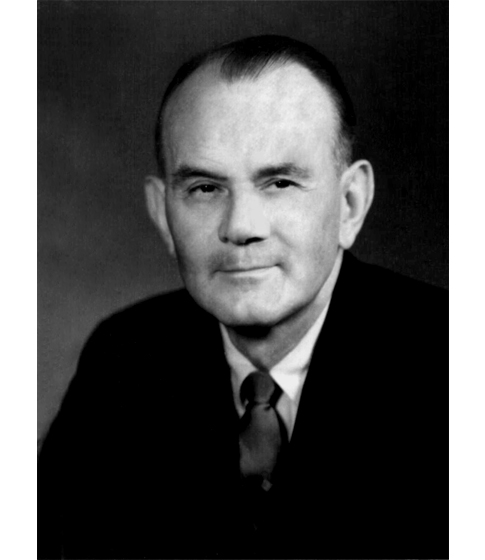 "For his devoted service to the mining industry through his roles as an educator, an advisor to the Government, a coal company executive, and an officer in the professional society of AIME."

Dennis L. McElroy is a Mining Consultant in Pittsburgh, a Member of the Board and Executive Committee of the National Mine Service Company, and a Director of the Rochester & Pittsburgh Coal Company of Indiana, Pennsylvania. He retired in 1965 from the position of Executive Vice President and Director of the Consolidation Coal Company.

Mr. McElroy received his Bachelor of Science and Master of Science degrees from West Virginia University. He became Chairman of the Mining Engineering Department at Virginia Polytechnic Institute from 1938-1939 and Director of the School of Mines and Industrial Extension at West Virginia University from 1939-1943. He also served as Head of the Coal Section of the War Production Board from 1941-1943. He joined the Consolidation Coal Company in 1943 as Chief Engineer and later served as Vice President of Engineering and Vice President of Operations before being appointed Director in 1959 and Executive Vice President in 1960. In 1965 he was selected to be a member of the U.S. Department of Commerce Survey Team to the Philippines.