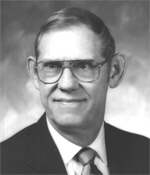 "For recognition of his outstanding technical contributions to the development, implementation and successful operation of new coal preparation processes and process controls throughout the world."

Mr. Taylor is presently serving on the Electric Power Research Institute's Technical Advisory Committee for the Coal Clean ing Test Facility at Homer City, Pennsylvania, and represents his Company in the American Mining Congress Association. He has been a member of SME since 1964.