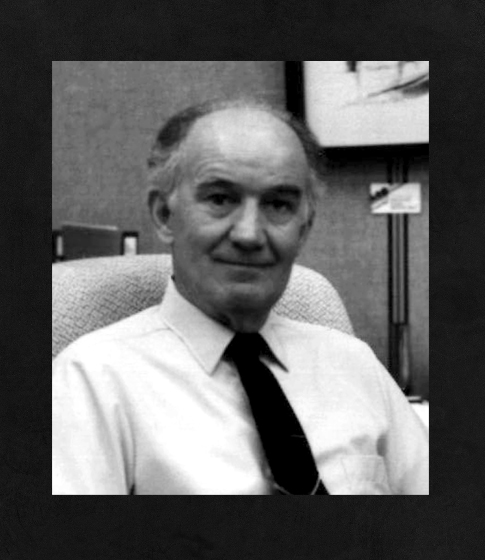 "For his outstanding service in energy management and environmental control in the metals industry, especially the development of the 'bubble' concept for the containment of plant site dust and emissions."

John E. Barker is a consultant in energy and environmental management He joined Armco Inc. in 1951 as a chemical engineer, advancing to Manager of Air and Water Pollution Control in 1966. In 1971 he was promoted to Director-Environmental Engineering with full corporate responsbility for the development of the company's accelerated pollution abatement program. Mr. Barker was appointed Director of Engineering 1n 1983, responsible for environmental engineering, rolling and processing, plant engineering and electrical engineering. In 1988 he was promoted to Assistant Vice President-Energy Affairs. He held this poSition until his retirement in 1989.

A graduate of Ohio University with a B.S. in Chemistry. Mr. Barker received an M.S. in Chemical Engineering from Ohio State University. His professional affiliations include membership in the American Institute of Chemical Engineers, the Air Pollution Control Association and the Ohio Water Pollution Control Conference. He is past chairman of the Technical Committee on Environmental Quality Control of the American Iron and Steel Institute and a past member of the Environmental Committee of the International Iron and Steel Institute. He has served on the Board of Trustees of the Water Management Association of Ohio and the Ohio 4H Foundation Board of Directors. He presently is a member of the National Coal Council and the Energy and Natural Resources Committee of the U.S. Chamber of Commerce.