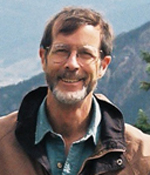 In recognition of contributions to mine land reclamation, with particular emphasis on passive treatment of mine drainage.

James Gusek is a senior engineer with Sovereign Consulting Inc. in Lakewood, CO. He graduated from the Colorado School of Mines (CSM) in 1973 with a B.S. in mining engineering. Gusek specializes in the design of passive treatment systems for mining influenced water. Since 1987, his work with acid rock drainage prevention and passive water treatment systems has included dozens of projects throughout the United States and internationally. As a pioneer of the passive treatment technology, he has presented technical papers and written several books on the topic. He has participated in many short courses sharing the practical knowledge he has acquired with other professionals. His West Fork Mine Passive Treatment Project received the Grand Conceptor Award from the Colorado Chapter of the American Council of Engineering Companies.

Gusek is on the steering and mitigation committees of the Acid Drainage Technology Initiative — Metal Mining Sector. He has been a member of SME since he was a student at CSM, and he is a founding member and former president of the Denver Professional Chapter of Engineers Without Borders. He has received the ASMR Reclamationist of the Year award and the ASMR Reclamation Researcher of the Year award.